The Woodruff House was built in 1853 by William Woodruff, one of Arkansas’s most inﬂuential early citizens. The New York native arrived in the Arkansas Territory in 1819 with a modest collection of printing supplies and soon began publishing the Arkansas Gazette from Arkansas Post. When Little Rock became the capital, Woodruff moved his operation to Little Rock and published his ﬁrst Arkansas Gazette from Little Rock in December of 1821. Woodruff’s interests extended beyond the press, he founded the ﬁrst library in Arkansas in 1826, was the ﬁrst Vice President of the Arkansas Historical Society, and served the city of Little Rock as treasurer and councilman, and as state treasurer.

Woodruff constructed his home in 1853 on a twenty-ﬁve acre lot overlooking the Arkansas River. Originally designed in the Greek Revival style, the house was altered through the years to adopt Classical and Colonial Revival styles as they came into vogue. Perhaps the biggest change came between 1890 and 1900 when the front of the house was changed to the rear to comply with new city zoning codes. The Woodruffs had moved out of the house by the 1920s and it became a boarding house and then later apartments.

In recent years, the Woodruff House had steadily declined while being used as apartments. Extensive alterations to the interior were made to accommodate this use. Several years ago, the house suffered a ﬁre which rendered a barely habitable structure uninhabitable. The Woodruff House has been vacant ever since. With the redevelopment of the area near the Presidential Library comes increasing development pressure. The house has been on the market for several years, but has come under increased pressure for commercial development. Marshall Peters, the listing agent for the house, is actively showing the house in hopes of securing its future. “Ideally, we would like to see the Woodruff House restored and returned to use as a single or multi-family residence or a bed and breakfast operation”, Peters said.

The Woodruff House is undoubtedly one of Little Rock’s most signiﬁcant early homes and holds signiﬁcance for Arkansas’s early development and history and the formation of the Arkansas Gazette, the forerunner of the Arkansas Democrat-Gazette.

Currently, the Woodruff House is owned by the Quapaw Quarter Association, who have seen to its safety and proper boarding up. It is currently for sale and ripe for redevelopment. 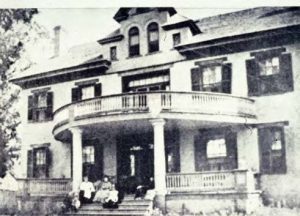 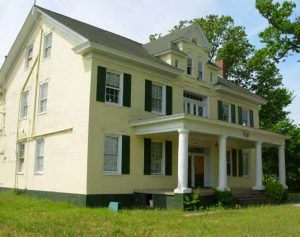 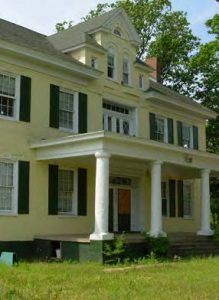