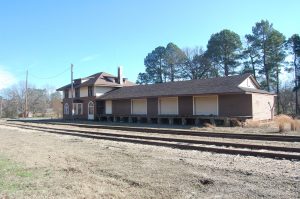 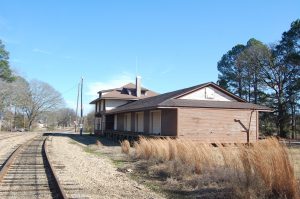 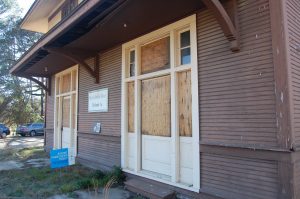 The Warren and Ouachita Valley Railway was a shortline, or “tap” railroad, organized in 1899 by a pair of lumber companies. The route connected Warren to the Chicago, Rock Island and Pacific Railroad. It carried logs and lumber, plus passengers and agricultural products. The first Warren station was built in 1909, two years later, it was heavily damaged by fire, then rebuilt on the same spot. Passenger service disappeared in post-World War II days but the depot remained railway property until it was deeded to the city of Warren in 2014. By this time it had been inactive for many years; vandalism and the elements have taken their toll. The local Chamber of Commerce would like to restore the building, making it available as a community center.

In 2016 and 2017, the City of Warren received two historic preservation restoration grants from the Arkansas Historic Preservation Program to restore the exterior of the building. In 2018 and 2019, the City received two more grants to rehabilitate the freight warehouse so that it could be used as a community meeting space. The building is now in safe hands with the City of Warren and is usable space for the community.