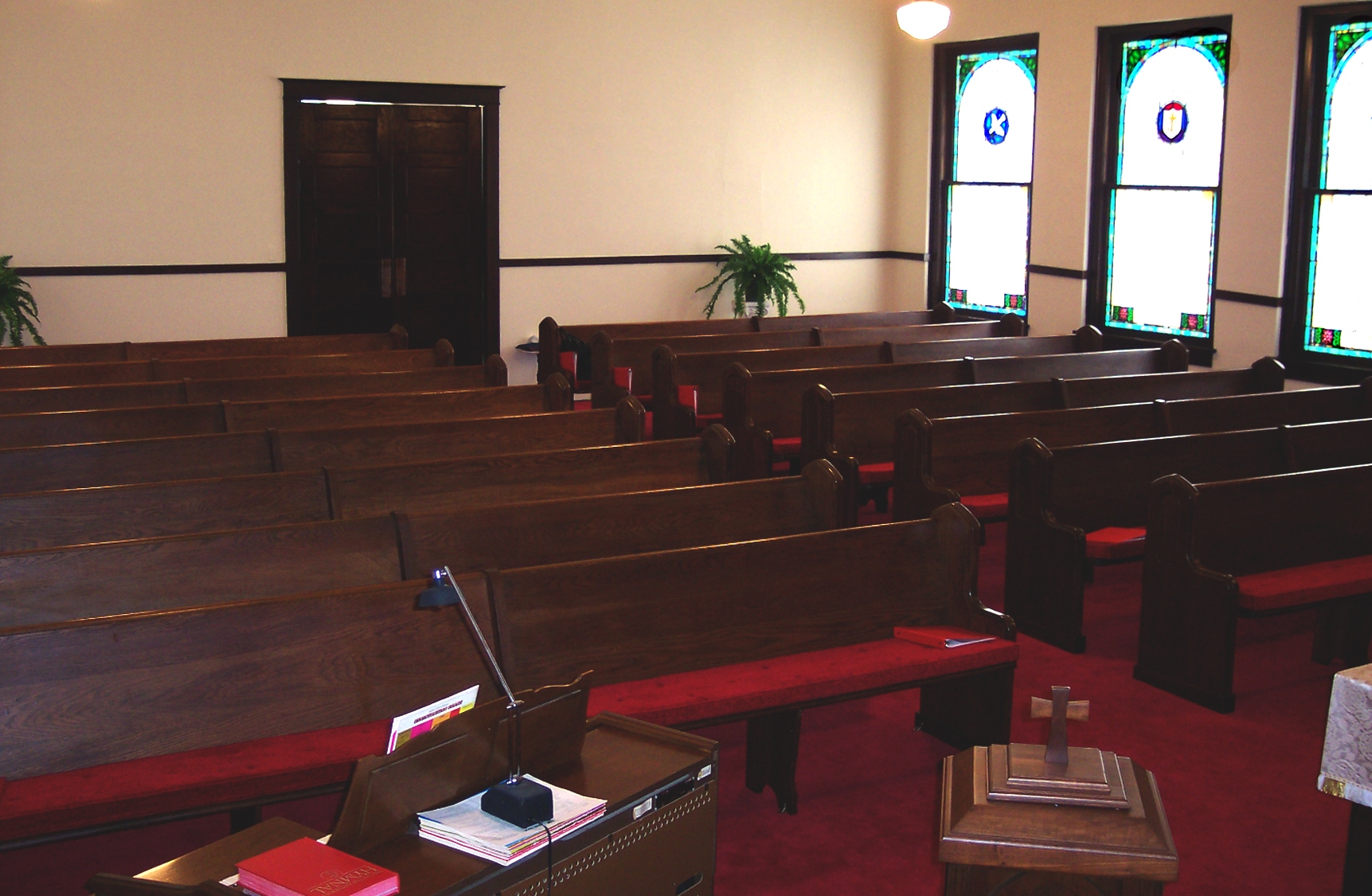 In 2017, a sign was posted on the doors of the Wabbaseka United Methodist Church, advising that due to dwindling attendance, the old church was facing a crisis of continuation. Located in northeastern Jefferson County, the Wabbaseka United Methodist Church was organized in 1891 was the Wabbaseka Methodist Episcopal Church, South. The present Classical Revival-style church was constructed in 1925 and is the most architecturally significant building in Wabbaseka. Its notable historic connection is with Willie Kavanaugh Hocker, a local teacher whose design for the Arkansas state flag was selected to represent the state in 1913. Ms. Hocker was an active member of the Wabbaseka Methodist Episcopal Church, South and lived in a small cottage (no longer standing) behind the church. A historical marker was placed near the church to honor Ms. Hocker’s important contribution to our state. The 1925 construction of this substantial brick church testifies to the congregation’s onetime vitality within the community and it is still a building of substance, a well-preserved reminder of Wabbaseka’s prosperous times. The interior of the church retains its original plaster walls, woodwork, pews and pressed tin ceiling. The exterior is almost entirely original, apart from a small concrete block addition. The church was listed on the National Register of Historic Places in 2002. Like many towns in the Arkansas Delta, Wabbaseka has experienced a decline in population. Its population peaked in the 1970s at over 600; today, the residents number a little more than a third of that. There is no industry and little business, but the town hangs on. The Wabbaseka United Methodist Church has strong historical ties to the community. Its solidity should make it a visual anchor that the town persists.