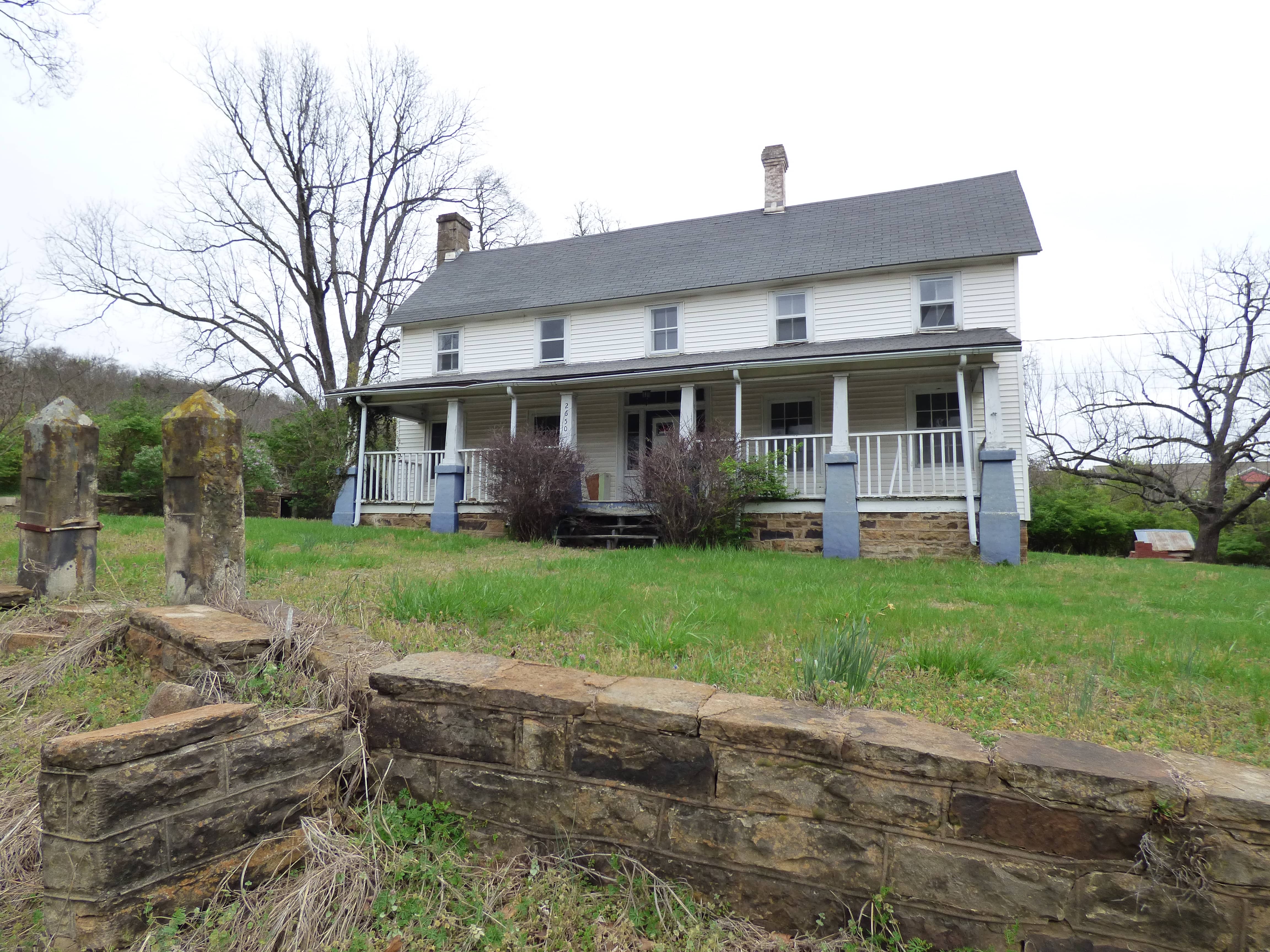 The Thomas-Tharp House in Fayetteville was built about 1845 by the William and Irena Thomas family. The home was later occupied by their daughter, Alla Jane Thomas Tharp, and son-in-law, Moses B. Tharp. While not listed on the National Register of Historic Places, the Thomas-Tharp House is significant as an example of early vernacular architecture in Washington County, and as the home of the prominent Thomas and Tharp families. After the Civil War battle of Prairie Grove, Irena Thomas and her daughter, Alla Jane, tended to sick and wounded soldiers from the Federal and Confederate armies. The women also buried men killed by guerilla warfare in the aftermath of the battle in what is now Tharp Cemetery on Old Farmington Road. Today, the house, which is not far west of Shiloh Drive – the access road for Interstate 49 – is surrounded by hotels and other new development. It is currently unoccupied and deteriorating rapidly due to vandalism and weather infiltration. The house is for sale and is zoned commercial, so there is opportunity for adaptive reuse.