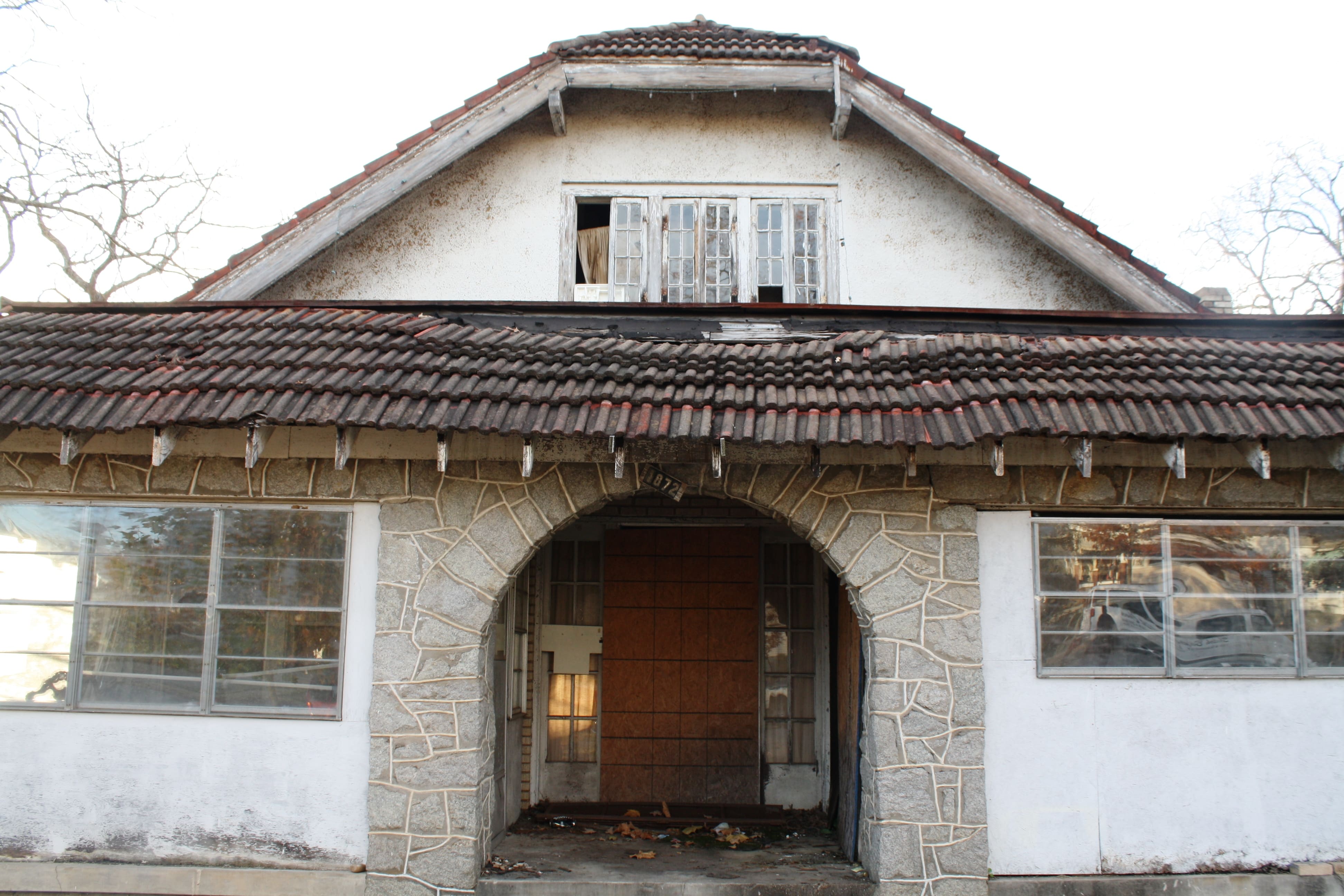 The Scipio Jones House is significant for its association with Jones, a prominent African American attorney, and for its Craftsman-style architecture. Scipio Africanus Jones was born in 1863 in Dallas County, Arkansas and later moved to Little Rock,  where he attended Walden Seminary (now Philander Smith College) and Bethel Institute (now Shorter College). He received a bachelor’s degree in 1885 and taught public school while studying law. Jones passed the bar in 1889 and began practicing law in Little Rock. He was most well-known for his defense of the Elaine Twelve, who had been sentenced to death after the Elaine Massacre of 1919. The appeal went all the way to the U.S. Supreme Court, which ordered the case be retried, leading to the release of all twelve men from prison. His home on Cross Street was built in 1928 and its Craftsman-style design incorporated brick, stucco, granite, and tile with a clipped second-story gable and exposed rafter tails. Jones lived here until his death in 1943. Currently the house is vacant and in desperate need of repairs.