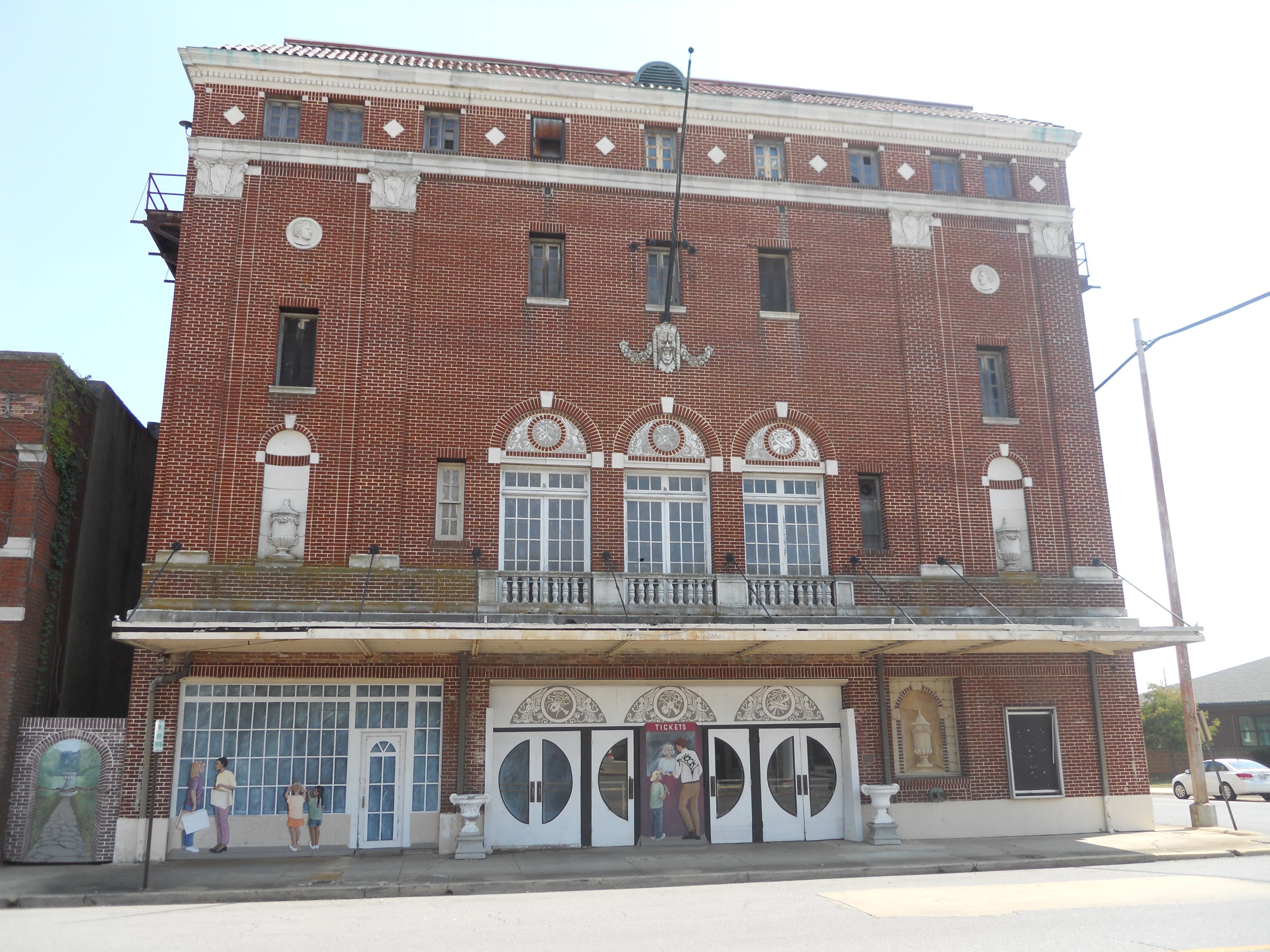 Built in 1924, Pine Bluff’s Saenger Theater was designed in the Classical Revival style by Emile Weil, the Saenger Amusement Company’s staff architect. The Theater is one of the most architecturally significant buildings in downtown Pine Bluff. It is also one of the last remaining “motion picture palaces” in Arkansas. When it opened, the Saenger Theater was called the “Showplace of the South” and attracted patrons from all over southeast Arkansas. The theater, which featured Italian marble floors and ornate plaster work, had 1,500 seats and hosted famous acts like Ziegfield Follies, Harry Houdini, Roy Rogers and Trigger and Will Rogers. The Saenger Theater closed in 1975, as new theaters beckoned the younger generation. The Heckatoo Heritage Foundation acquired the Saenger in the 1980s and tried to save it. By the mid 1990s, it was transferred to Friends of the Seanger, now known as Old Towne Theaters Center, Inc. The Old Town group went to work on the theater, repairing its roof with the help of a grant from the Arkansas Historic Preservation Program and installing a new movie screen, curtains, lights and new seating. The Pine Bluff Film Festival started in 1995 and was held in the Saenger Theater. It remained in use until 2008, when fundraising efforts were no longer enough to keep the doors open. In 2012, Old Town donated the Saenger to the City of Pine Bluff. Water damage and vandalism have taken their toll on the theater, but local community leaders want to see it saved and incorporated into a Theater Row streetscape as part of the revitalization of downtown Pine Bluff.