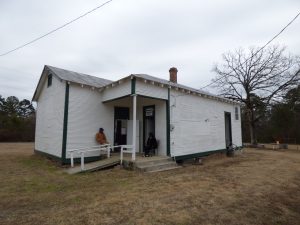 During the early twentieth century, educational opportunities for African-Americans were very limited. Julius Rosenwald, who was the president and later chairman of Sears, Roebuck, and Company, and a friend of Booker T. Washington’s, was bothered by this fact. As a result, he established the Julius Rosenwald Fund in 1917 with the idea of creating more equitable opportunities for African-Americans. The biggest legacy of the fund was the rural school building program, which helped to build over 5,000 schools across the South. In Arkansas, 389 school buildings, which included schools, shops, and teachers’ homes, were built between 1917 and 1932, mainly in the state’s southern and eastern counties. The new schools brought opportunities never seen before to the state’s African-American students and allowed them to learn more than they ever would have thought possible.

However, as integration occurred across Arkansas, many of the schools fell into disuse in the 1950s through the 1970s and many were demolished, even though they were well built and used the latest innovations in school design for the period. As a result, of the original 389 buildings built across the state, less than 20 survive today, and the surviving buildings are severely threatened. As the nomination states, “Unfortunately, those buildings that do survive are either not utilized or are underutilized. Although the buildings would be excellent candidates for reuse, the rural locations of the buildings, often in economically-depressed parts of the state, make coming up with affordable and viable uses extremely difficult.” Although there has been an increased awareness in recent years of the importance of Rosenwald Schools, there is still a great need to spread the news of their importance and to find uses for them so that they can again
become useful parts of their communities.