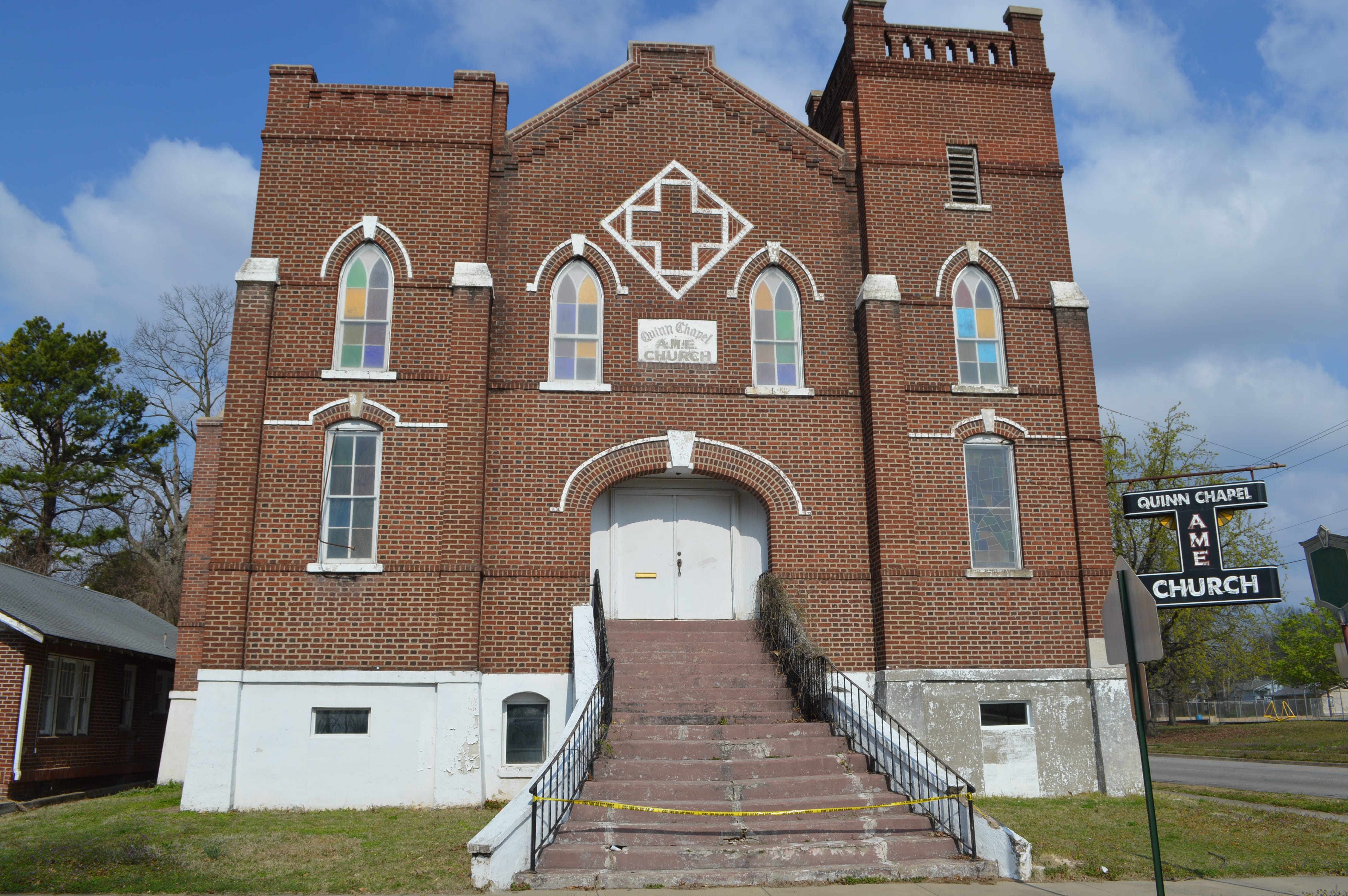 The Quinn Chapel AME Church is a contributing resource in the Belle Grove Historic District, which compromises Fort Smith’s oldest neighborhood. Fort Smith’s African Methodist Episcopal congregation was organized in 1864 and met in several different places before 1917, when the present church was erected. In 2007 and 2008, the congregation was successful in obtaining nearly $90,000 from the Arkansas Historic Preservation Program in stabilize and repair the church. However, the church was abandoned in 2013 because the congregation could no longer afford to maintain the building. Sadly, the church was damaged by fire in March 2018, raising concerns about the building’s future. The sanctuary pews, made of curved and handcrafted wood, remain unharmed. Although paneling has been added, the original tin ceiling, choir loft and wood floors are intact. 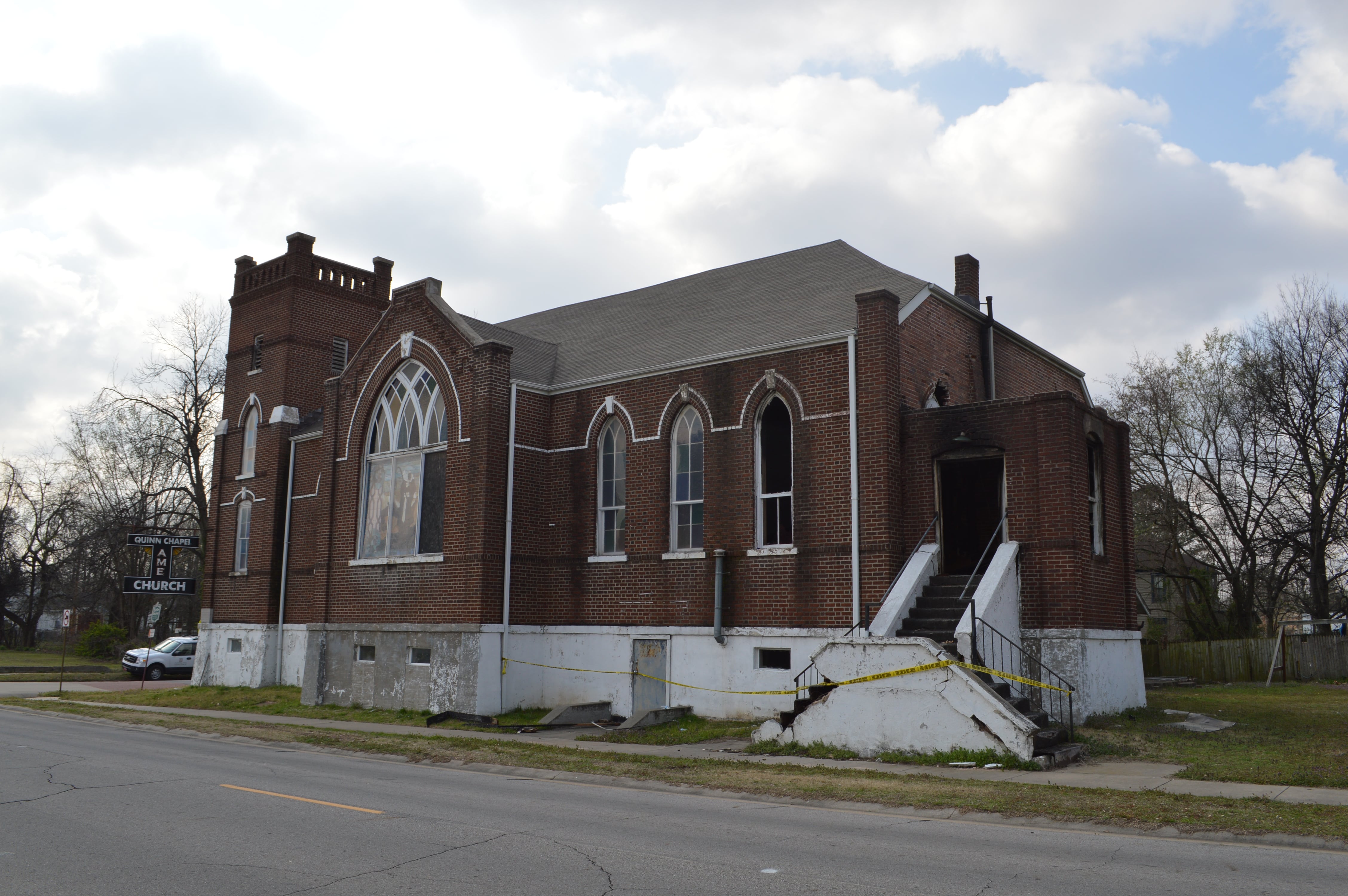