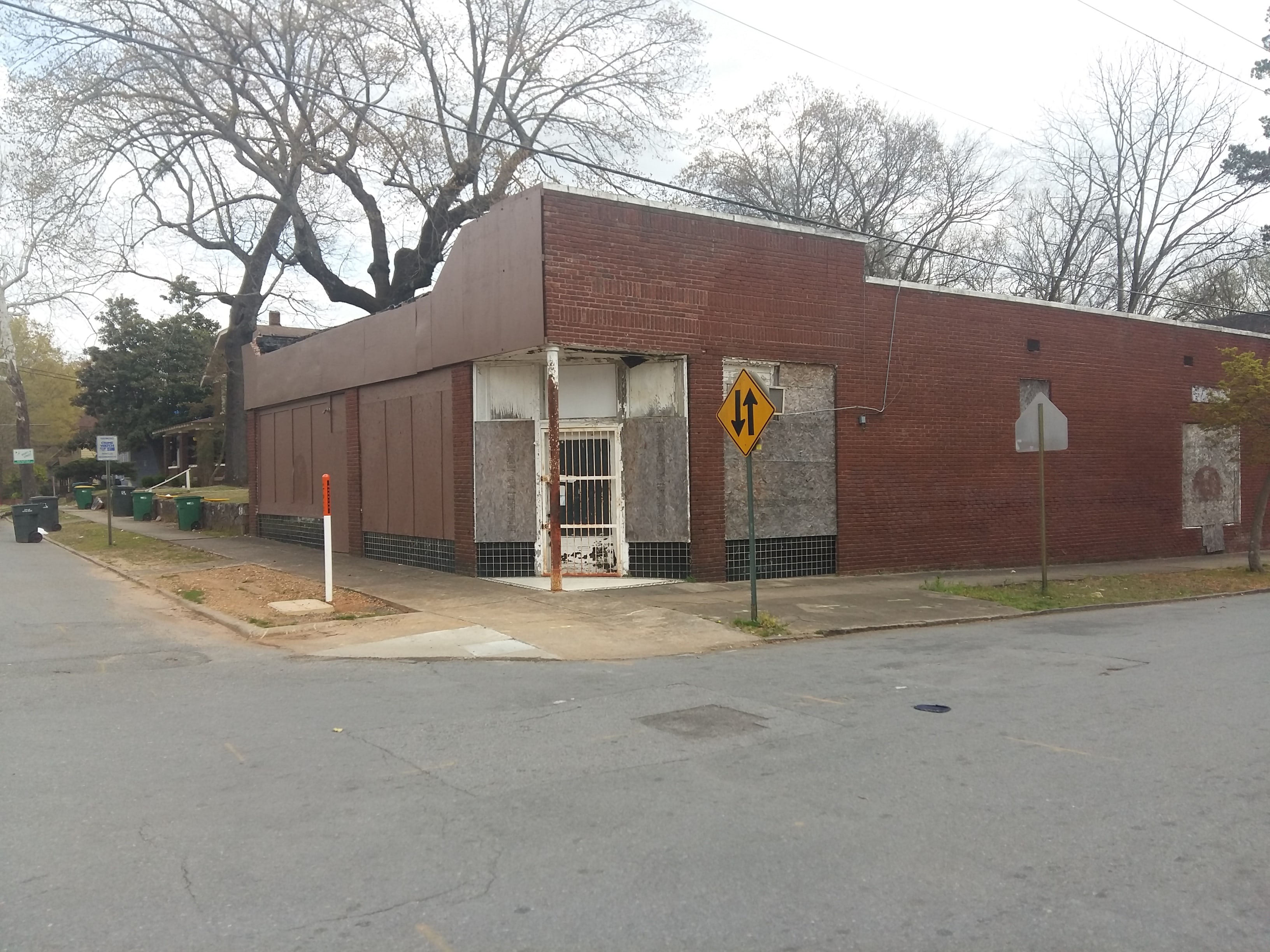 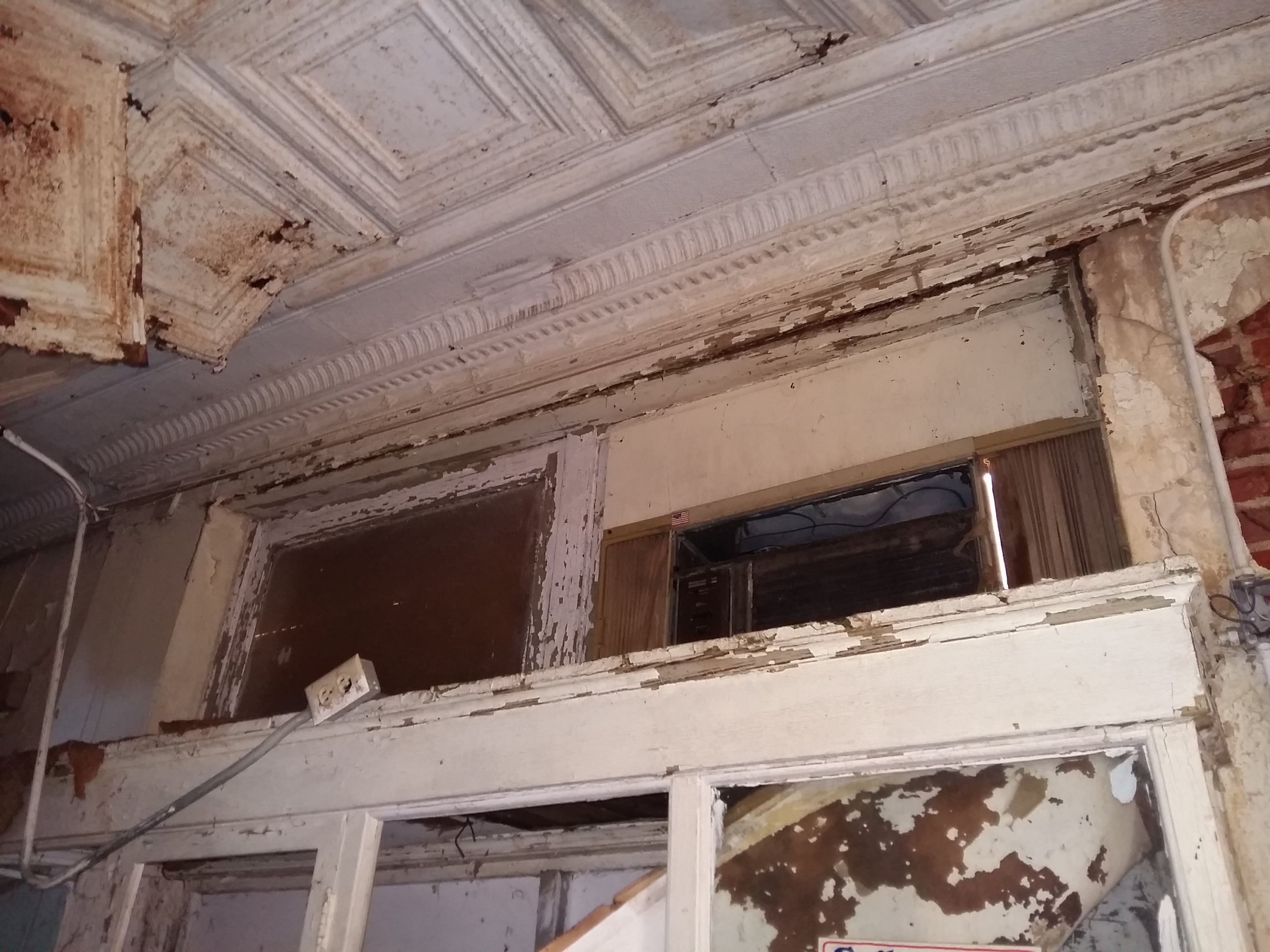 Caddy-corner from Little Rock Central High School, the Capel Building was built in 1926 by neighborhood resident William E. Capel. In the decades immediately after its construction, the building’s eastern storefront at 2121 W. 16th housed grocery stores, while the western storefront at 2123 W. 16th housed drug stores. Occupants included Cox Stores, Inc., Grocers, and Tiger’s Drug Company (1928) and the Kroger Grocery and Baking Company and High School Pharmacy (1930). By the late 1940s the building was home to Clark G. Ponder’s Drug Store. During the fall of 1957, Ponder’s Drug Store bore witness to the desegregation of Central High School and served as an outpost for reporters trying to relay their stories by pay phone. A contributing resource to the Central High School Neighborhood Historic District, the old Ponder’s Drug Store building has been vacant for several years and the lack of regular maintenance has taken its toll. The building’s roof collapsed some time ago, causing a portion of the upper brick facade to fall onto 16th Street. A tax credit project is underway, but much work remains to be finished.