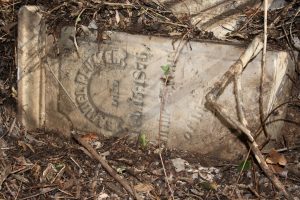 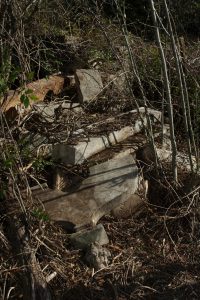 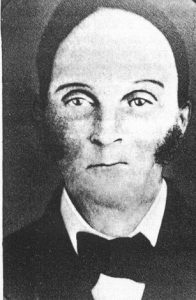 In 1833, Samuel Plummer purchased the first piece of land and settled into an area that would become known as Plumerville. He purchased the land to start a saddlery business and to establish a stage coach stop with the Fort Smith to Little Rock stagecoach. A cabin on Samuel’s property became a regular stop on the stagecoach line. As additions were made to the cabin, the site became known as Plummer’s Station (listed on the MEP in 2020). The stage stop was a contributing factor in the early growth of the town. Plumerville became the leading town and trading center between Little Rock and Fort Smith. Plummer’s Station is listed on the National Register of Historic Places. Samuel wooed the Little Rock and Fort Smith Railroad to lay track by giving the railroad right-of-way through his own property. Consequently, the railroad decided to name its stop after Mr. Plummer and helped plat the town. The town was incorporated in 1880, about three years after Samuel’s death. Plummer Cemetery is the final resting place for Mr. Plummer. It also contains the remains of Samuel’s wife Henrietta, five or six of their ten children and likely one grandchild. The cemetery is in the Union Pacific Railroad right-of-way and lies within 50 feet of the railroad. Besides Plummer’s Station, it is possible this cemetery is one of the last few remaining historic properties in Plumerville. The railroad has allowed annual access to clean and maintain the site. However, the last remaining Plummer in Plumerville is unable to take care of the property and it has fallen into ruin.