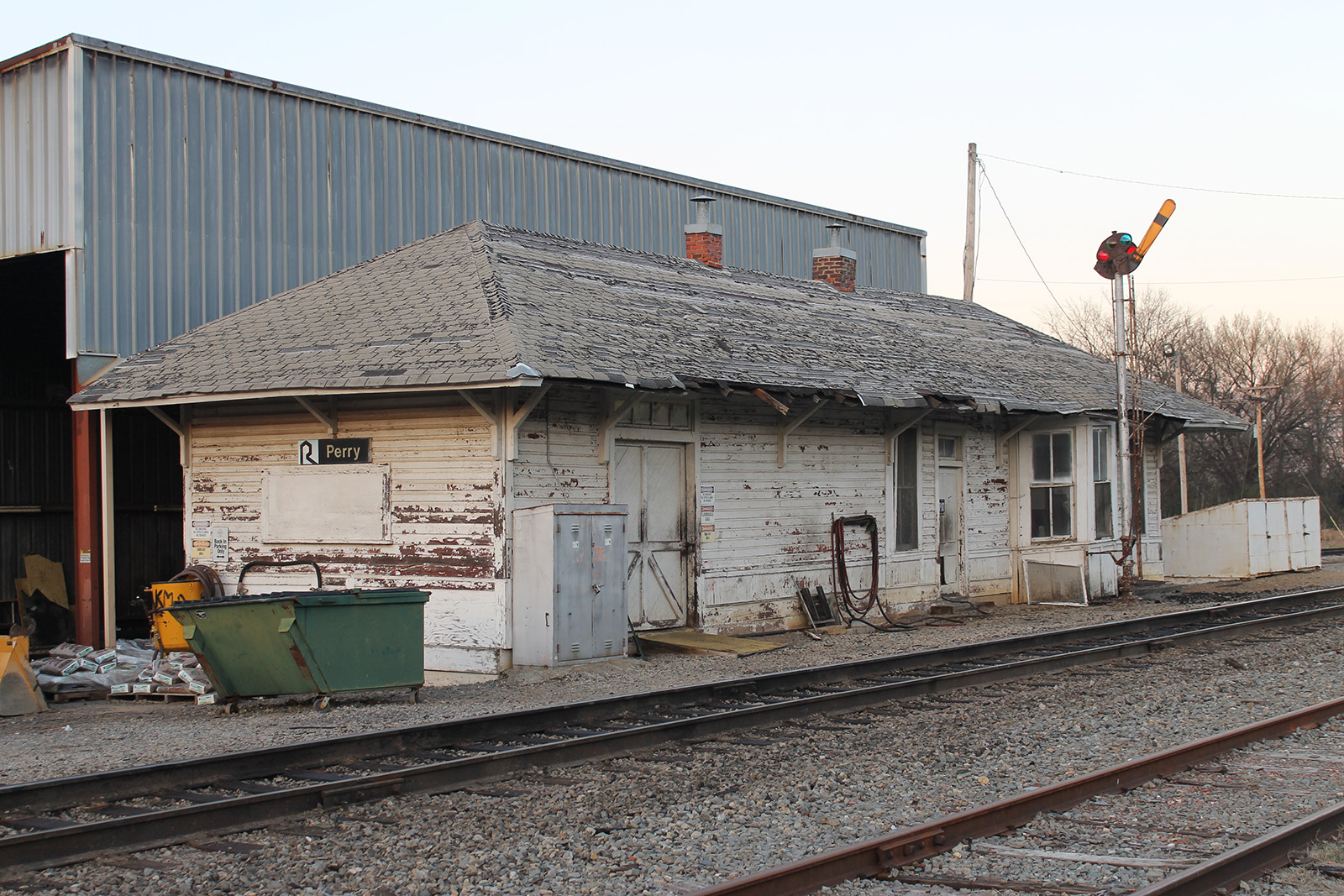 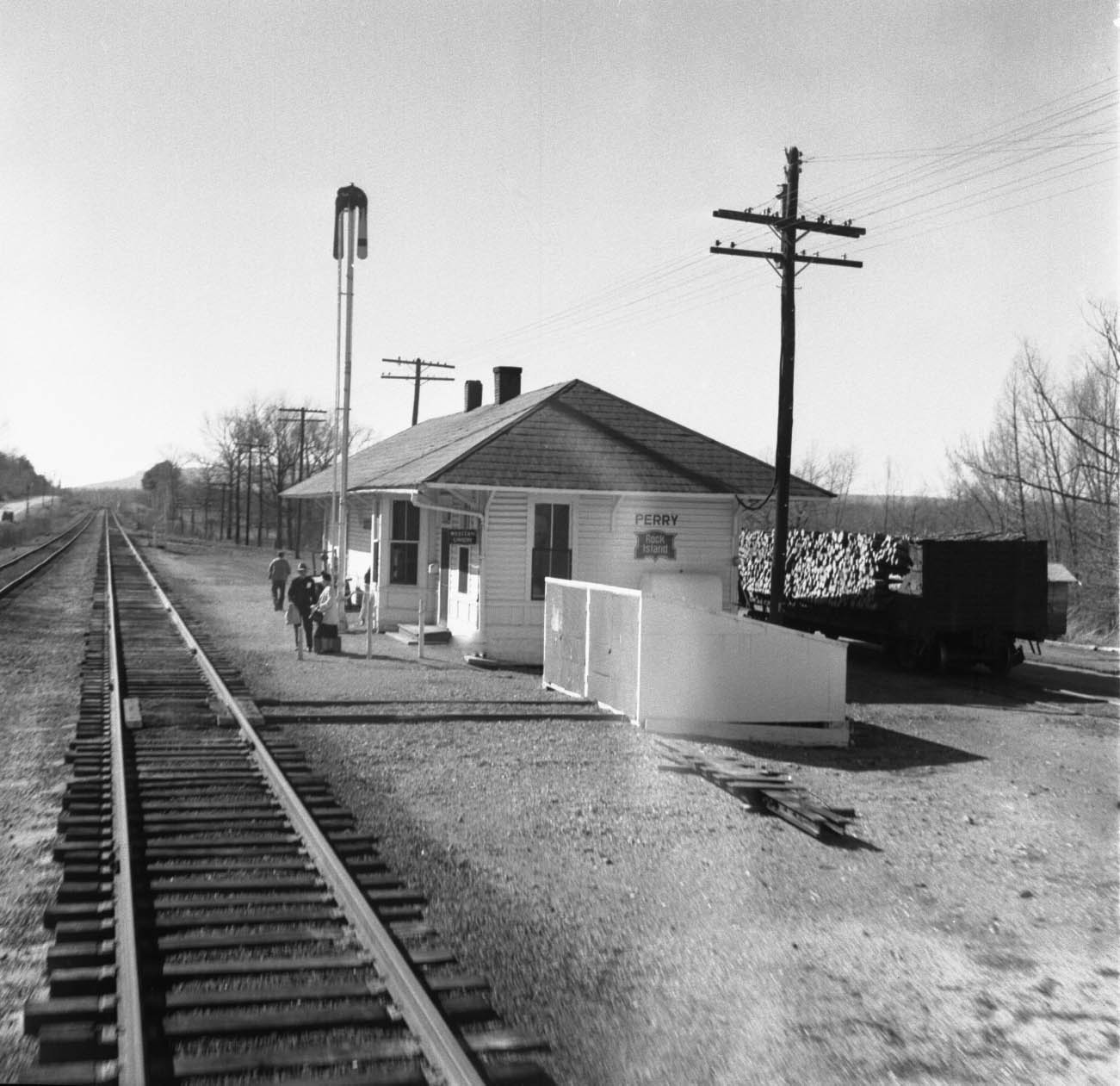 Built about 1918, the Rock Island Railroad Depot at Perry is the only remaining wood-frame depot from the Rock Island line in Arkansas. Located north of Perryville, the town of Perry was incorporated in 1914 and grew up around the railroad. The Rock Island shipped agricultural and timber products, oil and coal as well as passengers. Passenger traffic began to decline in the 1950s and the last regular passenger train came by the Perry Depot in November 1967. In the early 1980s, the Little Rock and Western built a metal locomotive servicing shop directly behind the old depot and constructed a new office nearby. In recent years, the old depot has been used for storage. In mid-2017, the railroad announced that it intended to demolish the old depot to make way for a new machine shop. Since then, the Perry County Historical and Genealogical Society has led the effort to save the Perry Depot by coordinating its move to a city-owned site just across the tracks from its present location. Plans are in place for the move, but additional fundraising and support are needed to repair the roof and secure a full restoration.