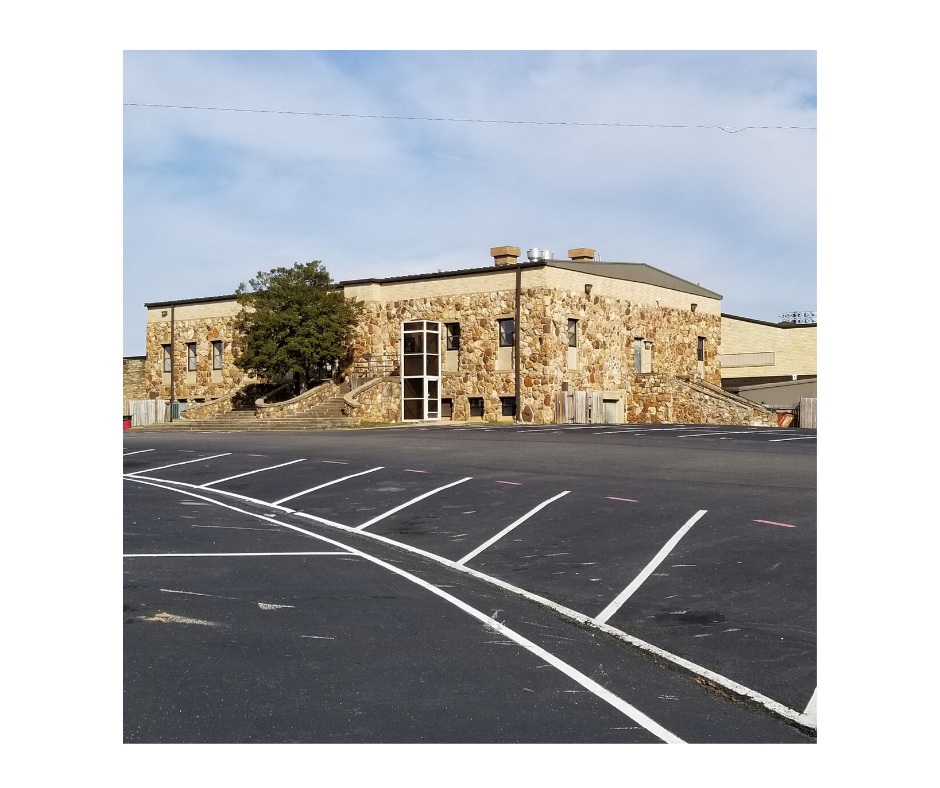 The Old Pocahontas High School/Old Rock Building was constructed in 1939 by the National Youth Administration and the Works Progress Administration, two New Deal programs designed to put people to work and benefit communities during the Great Depression. When initially constructed, the building was known as “Pocahontas Community House” and served as a community center. In 1941, Southern Baptist College, now Williams Baptist University, opened at Pocahontas and met in the Community House. The college moved to Walnut Ridge after World War II and occupied the decommissioned Walnut Ridge Army Flying School. Shortly thereafter, the Old Rock Building was taken over by the Pocahontas School System and is still in use by the school. Until about 1980, the lower level held classrooms and the lunch room, while the upper level housed the auditorium, which hosted many memorable school plays and community functions. The building remains in use and in good condition. However, the school district plans to rebuild and replace the high school buildings and the Old High School building is threatened.