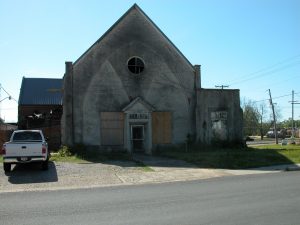 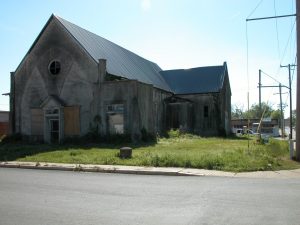 July of 1884, First Baptist Church dedicated a new building on the corner of 7th and Caddo Streets in Arkadelphia.  An article appearing in the Southern Standard on July 5th, 1884, described the building as “a church edifice that could do credit to any association of Christians.”  After it was dedicated, the building changed hands several times before 1940, when the church was sold to the Deaton family who converted the building to a dry cleaning business, which was operated until 1980.

Since that time, the church has fallen into severe disrepair.  In 2007, with the city of Arkadelphia threatening condemnation, the church was purchased by buyers who planned to rehabilitate the building. The new owners cleaned the property and installed a new roof to stabilize the church.

Unfortunately, the building was demolished after this nomination by the City of Arkadelphia.