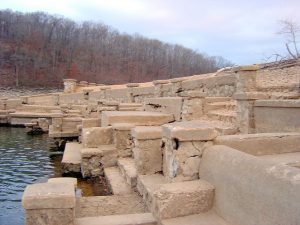 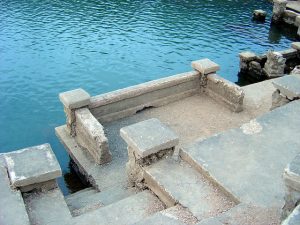 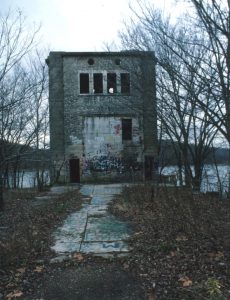 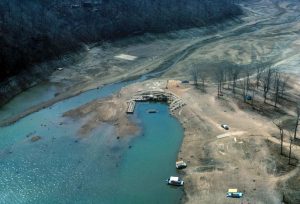 The resort community of Monte Ne was begun around 1900 by William “Coin” Harvey, an entrepeneur and politician who got his name from his promotion of an economy based on silver. At 316 feet long and 50 feet wide, the Oklahoma Row Hotel was believed to be one of the largest log hotel structures in the world, requiring 6,000 logs and 40,000 cubic feet of stone and cement. After the resort’s decline in the 1920s, Harvey began construction of a pyramid to house relics for future discovery. The pyramid was never completed, but the base was used as an amphitheater. The majority of Monte Ne was flooded by the creation of Beaver Lake by the Army Corps of Engineers in the 1960s and is only visible when the lake levels are lowered. However, the three story tall tower, the last remaining part of the Oklahoma Row Hotel, still stands. After years of not being maintained, the remaining parts of Monte Ne continue to deteriorate and the property is vandalized on a regular basis, presenting a security hazard and safety liability. As a result, the Corps of Engineers has considered demolishing the property unless a local partner can take over the maintenance.