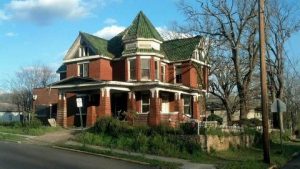 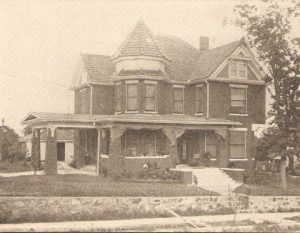 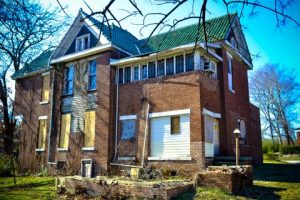 John Lee Webb was born in 1877 in Tuskegee, Alabama. He entered the Tuskegee Institute at the age of 19, leaving in 1898 to volunteer in the United States Army during the Spanish-American War. After the war and the completion of his education, Mr. Webb worked as a general contractor in Arkansas and Mississippi, and in 1913, joined the Supreme Lodge of the Woodmen of the Union, a fraternal organization that he would eventually lead. By 1930, Mr. Webb and his family were living in Hot Springs and Mr. Webb was the Supreme Custodian of the Woodmen of the Union, president of a large insurance company and president of the National Baptist Layman’s Convention. He was a highly influential leader in the African American community in Hot Springs and at his death in 1946, was regarded as one of the most important citizens in Hot Springs.

The house where John L. Webb and his family lived in Hot Springs remains a focal point of the Pleasant Street Historic District. The building was constructed around 1900 in the frame Victorian style, but the brick veneer and green tile roof were added by John L. Webb in the 1920s. The dark red brick is characteristic of John L. Webb’s work on many buildings in the neighborhood, including the National Baptist Hotel (Woodmen of the Union building) on Malvern Avenue.

The house was acquired in 2014 by new owners who have been steadily renovating it. The house has renovated windows, a renovated roof, new porch and is undergoing additional renovation work.