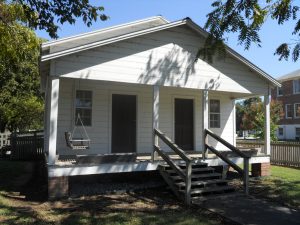 John H. Johnson is the founder and president of Johnson Publishing Company, Inc., the most prosperous African American publishing company in America. His company publishes Black Star, Black World, and Ebony Jr. magazines. Johnson was born in 1918 in Arkansas City. He attended Arkansas City Colored School through the eighth grade. Since there was no schooling available after the eighth grade, his mother saved enough money to move to Chicago by working two jobs. There, John became one of the most successful entrepreneurs in America. He founded Johnson Publishing Co. in 1942 and launched the Negro Digest, a magazine modeled after Reader’s Digest, but aimed toward African Americans. Ebony, first published in 1945, was a breakthrough vehicle for national advertisers. His other corporate interests included radio stations, books, and cosmetics.