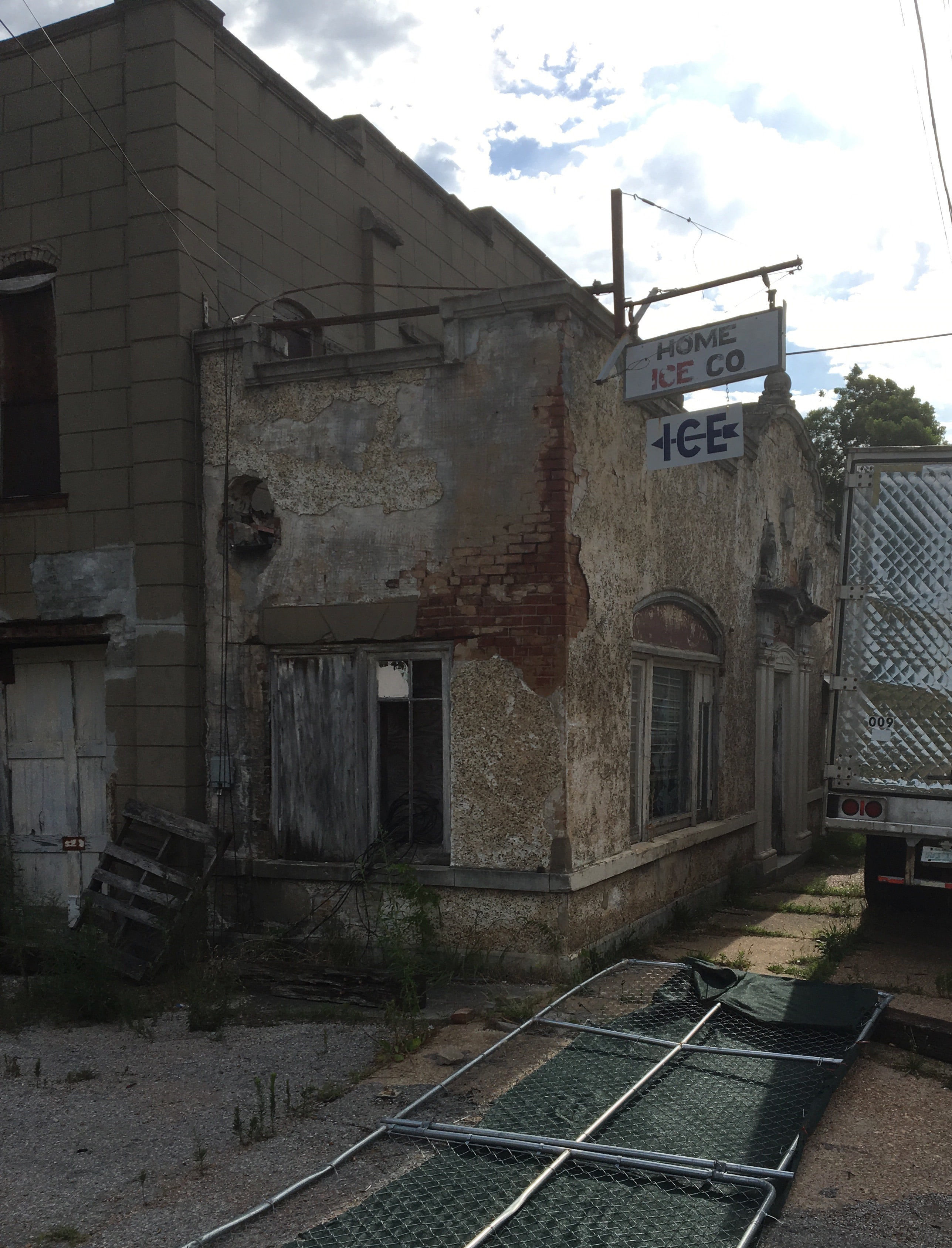 Located a few blocks east of Main Street in downtown Jonesboro, the Home Ice Company has had many lives. The building was constructed in 1907 adjacent to the Cotton Belt Railroad to house the Jonesboro Wagon Manufacturing Company, the city’s only wagon maker. Then in 1913, encouraged by the Arkansas Peanut Growers Association, local businessmen converted the wagon factory into a peanut processing plant. The Jonesboro Peanut Hulling Company was the first of its kind in the state and shelled peanuts grown throughout northeast Arkansas at that time. The peanut-shelling operation was short-lived; however, the building was later purchased by successful Jonesboro business A.J. Scott to house his ice cream company. In 1920, Scott hired architect H.A. Lesmeister to remodel the building with a Spanish Colonial Revival-style addition to the front facade. Just before the Great Depression, the building became an ice plant and cold storage facility and continued as the Home Ice Company until a few years ago. Time has not been kind to the Home Ice Company. After the death of its longtime owner, Same Rosse, in 2012, the building, already a bit run-down, deteriorated further. It was condemned by the City of Jonesboro in 2015. Ice plants from the first part of the twentieth century are rare in Arkansas, especially those that combine intact distinctive architectural features. The structure was added to the National Register of Historic Places in 2017. A demolition order was set in August 2017, but as of August 2019, the building is still standing.