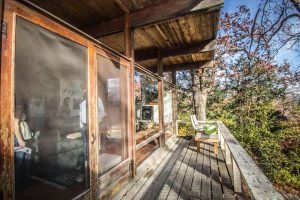 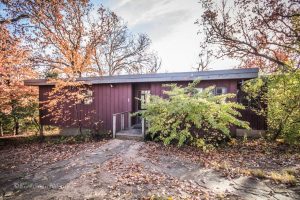 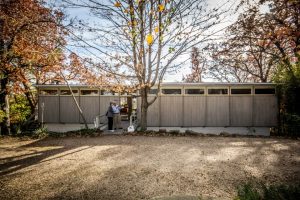 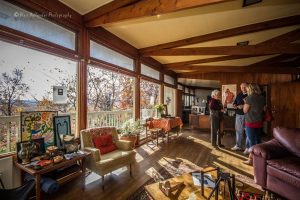 The Hantz House and the adjacent Durst House form a distinctive unit of Mid Century Modern residences that represent the important legacies of significant figures in art and architecture in Arkansas who contributions also helped shape the University of Arkansas. The Hantz House is E. Fay Jones’ first house, designed while he was a student in Fayetteville, prior to being mentored by Frank Lloyd Wright. The Durst House was designed by John Williams, the founder of the University of Arkansas’s architecture program, for David Durst, who served as the chair of the Fine Arts Department and was influential in getting Edward Durrell Stone to design the campus’ award winning Fine Arts Building. These modest scaled houses also stand out as fine examples of the adaptation of high style, Modern architecture to the distinctive terrain of the Arkansas Ozarks. The properties, which abut the University of Arkansas campus, are challenging to maintain and threatened by the changing context as the UA campus continues to grow and expand. The future is still uncertain for these two pieces of great Modern architecture in Arkansas.