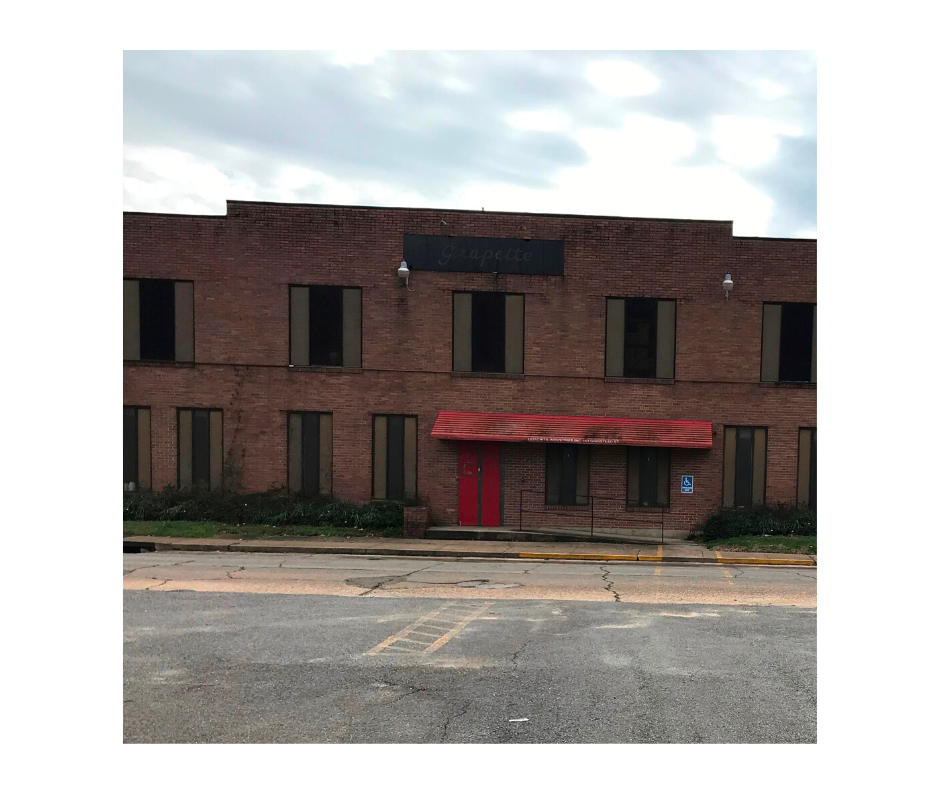 The large building at 157 Grinstead Street in Camden was home to the headquarters and bottling plant of the Grapette Company, founded at Camden in 1939 by Benjamin Tyndle Fook. Grapette soda was one of the best selling soft drinks in the United States during the middle part of the 20th century. Fooks purchased the industrial facility on Grinstead Street from the Rockwell Manufacturing Company, which made windows and doors, and moved his bottling plant from Washington Street to this site. Fooks added a second story to the front office section of the building and later built an addition on its west side. By 1950 Grapette was bottled in 300 facilities across the United States. After Fooks retired and sold the domestic Grapette Company, the  brand declined and was later shelved. Through recent efforts of Grapette International and Walmart, the beloved soda is available again, sold exclusively at Walmart stores. The Grapette building is now owned by the Ouachita Enrichment Center, which recently vacated the building due to structural problems.