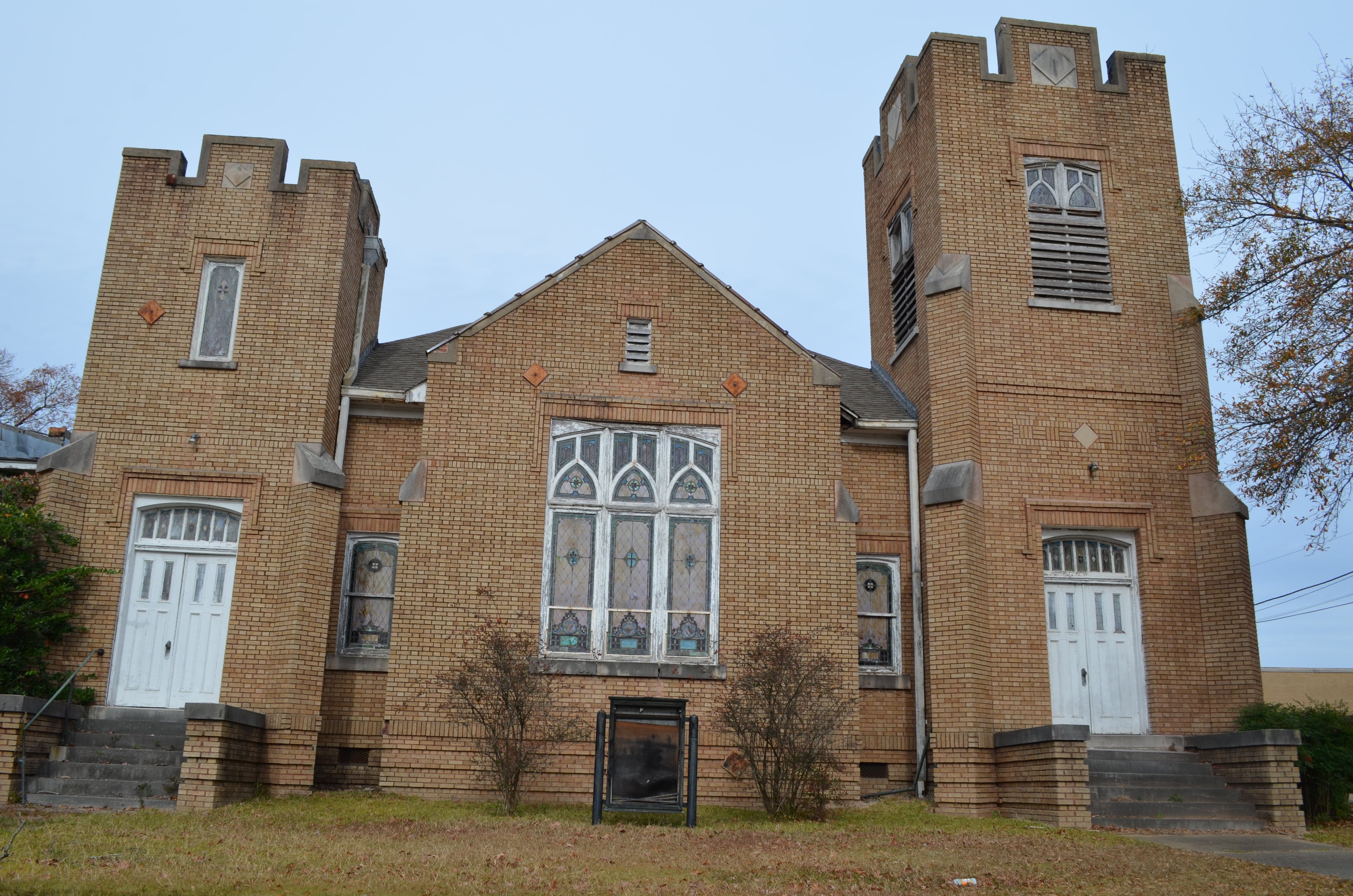 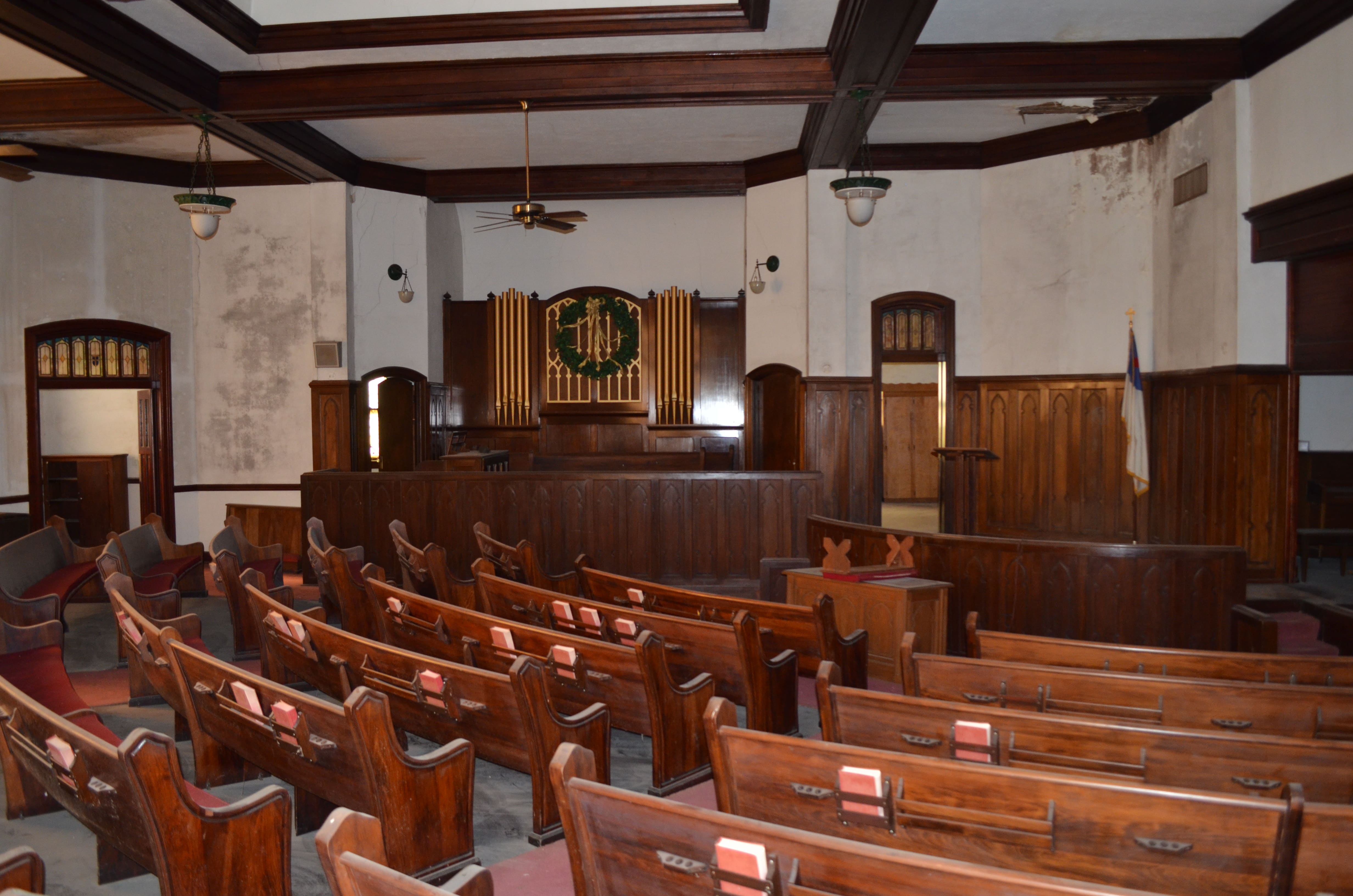 Organized in 1883, the First Presbyterian Church was the first church in Fordyce, prompting railroad mogul and town namesake Samuel Fordyce to donate the church bell. The present buff brick building is the congregation’s third building. Constructed in 1912, the First Presbyterian Church was designed by Tennessee architect Reuben Harrison Hunt. Hunt’s Gothic Revival design for the church featured asymmetrical elevations and three towers with castellated parapets. The interior was finished with rich walnut paneling and trim, and the stained glass windows were made in Italy. The sanctuary accommodated 350 people with roll-up doors providing overflow room during weddings and funerals. The church remained in use until about 10 years ago when the congregation disbanded. Since then, roof leaks have caused water damage to the sanctuary walls and foundation settling has caused the rear wall to crack. Remarkably, the church still contains its original pipe organ, pews, pulpit and even the hymnals. The residents of Fordyce support the restoration of First Presbyterian Church and a newly formed nonprofit organization called Historical Fordyce has taken possession of the church in an effort to save it.