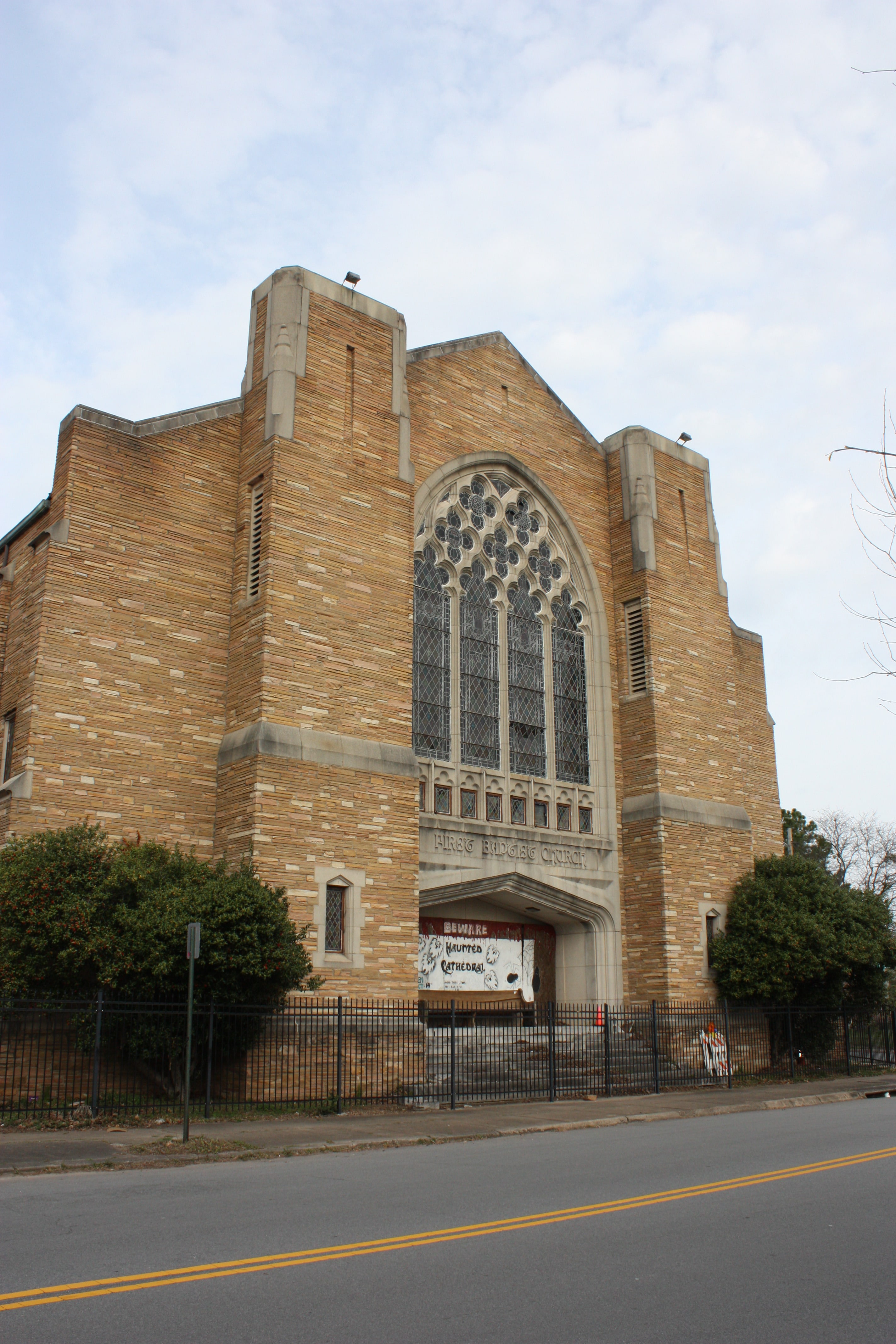 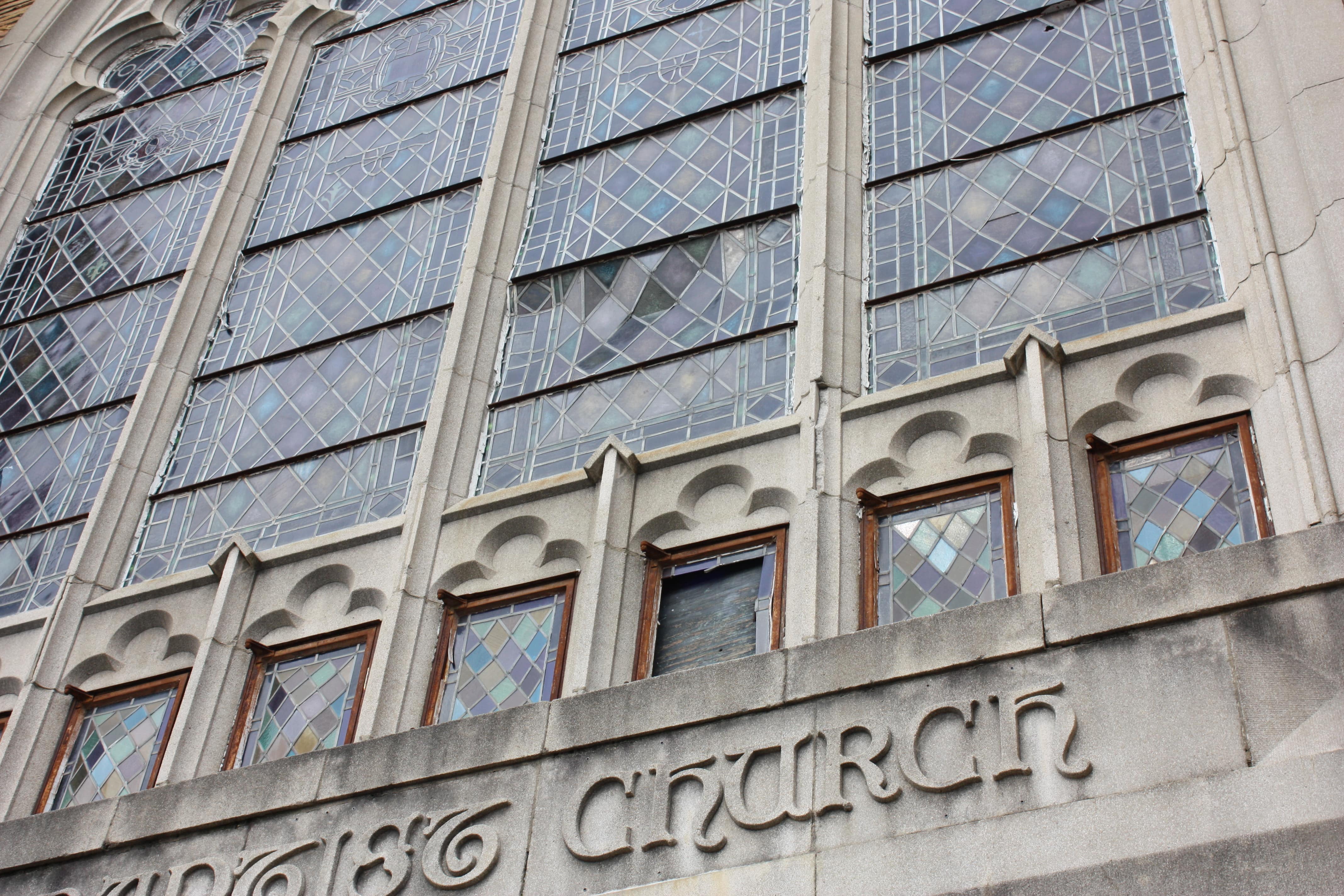 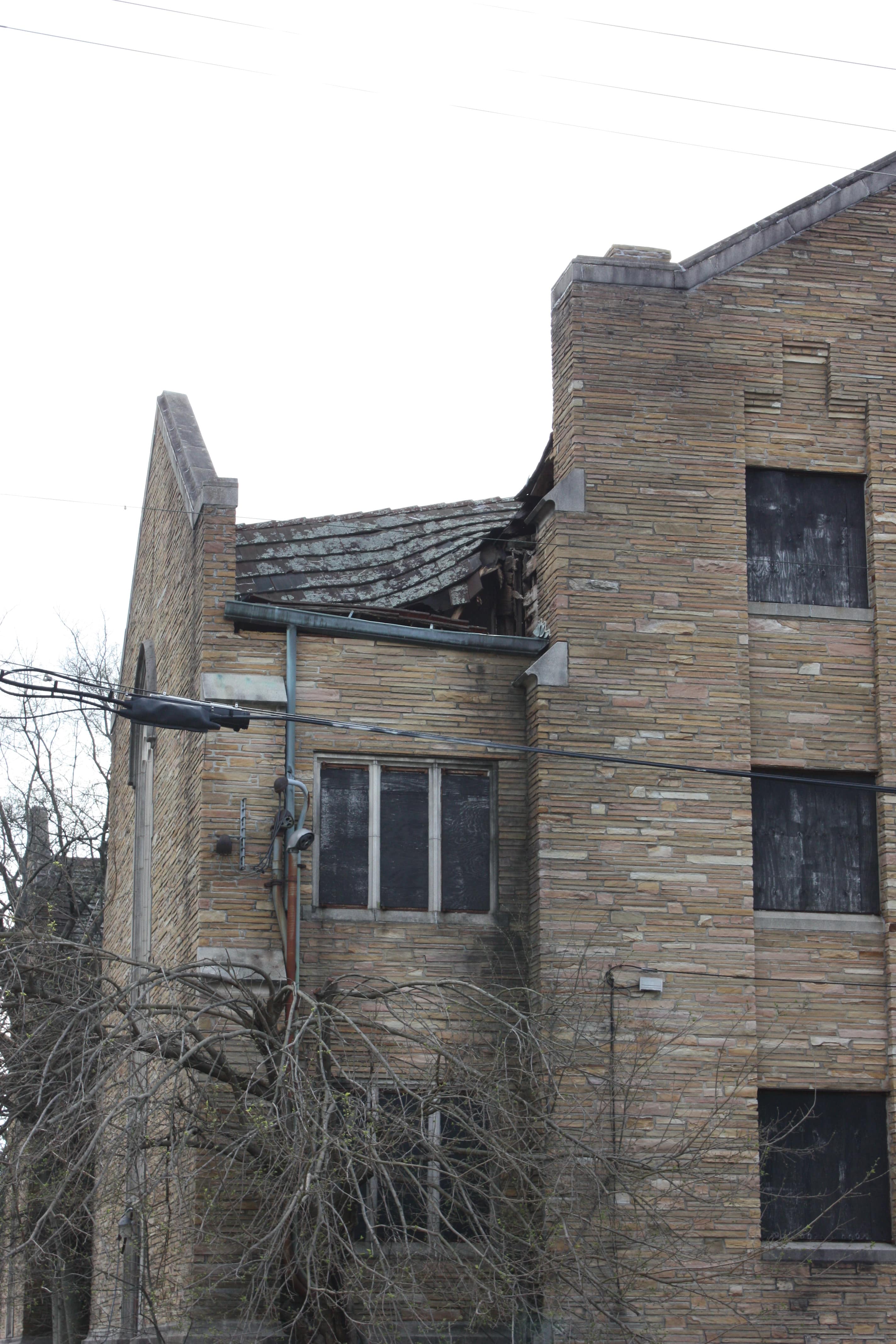 Located just north of the Governor’s Mansion Historic District, Little Rock’s historic First Baptist Church was built in 1941 to accommodate the church’s growing congregation. It was listed on the National Register of Historic Places in 1994 as an excellent example of a church designed in the Collegiate Gothic style by Little Rock architect A. N. McAninch. The First Baptist Church traces its origins back to 1824, when a group of Baptists met at the home of early settler Isaac Watkins. The congregation met in several locations before settling on 12th and Louisiana. The 1941 church is notable for its Collegiate Gothic composition and monumental stained glass windows featuring rich hues of red, purple and blue. The congregation of First Baptist Church moved to its present location off Pleasant Valley Drive in 1974, and the historic building sat vacant until 1993, when it was purchased by the nonprofit Ernie’s Museum of Black Arkansans or EMOBA, founded by Little Rock native Ernestine “Ernie” Dodson. EMOBA was the first African American history museum to highlight the contributions and achievements of black Arkansans to the development of the state. In addition to exhibits, EMOBA hosted programs for youth and the Haunted Cathedral each Halloween. Deferred maintenance has taken its toll on the old church and heavy rainstorms have caused part of the roof to collapse. If the building is not properly secured against the elements immediately, historic fabric will be lost and repair will be more costly. Given its National Register status and location near an active commercial corridor, the building’s rehabilitation for income-producing purposes would qualify for state and federal historic tax credits.