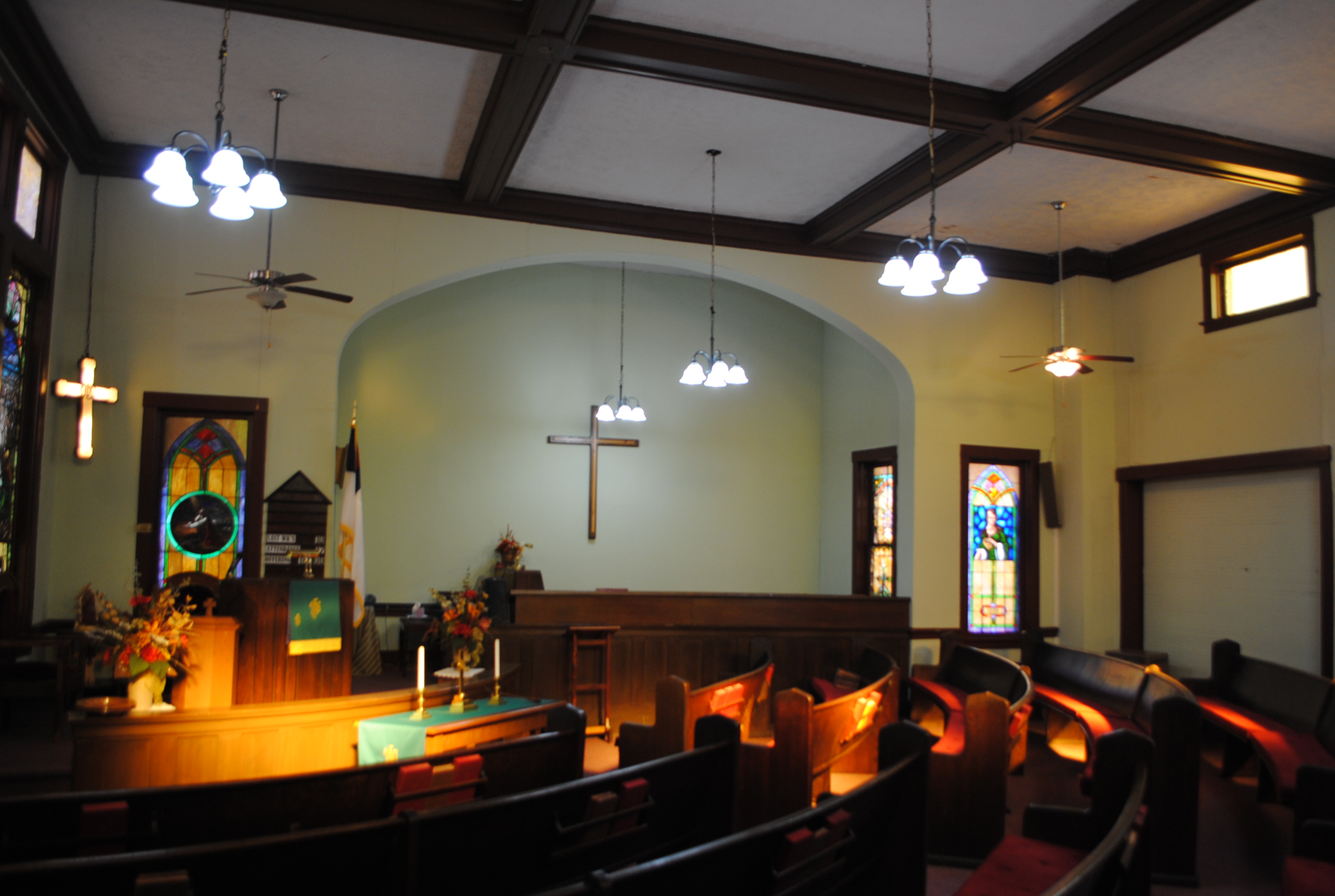 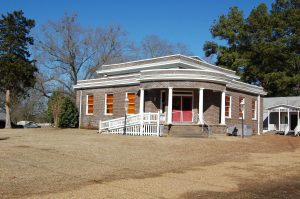 Located half-way between Prescott and Hope, the small city of Emmet was incorporated in 1883 as a stop on the Cairo and Fulton Railroad. A Methodist Church was organized at Emmet in 1855, but the present building was constructed about 1917 to replace an earlier frame structure. The Emmet Methodist Church was designed in the Colonial Revival style by an architecture firm from Texarkana. The church’s layout adhered to the Akron Plan Sunday School form, which was popular among Protestant churches in the late 19th and early 20th centuries. Many churches, like the church at Emmet, modified the design with the addition of movable partitions between the sanctuary and Sunday school rooms, allowing the Sunday school classes and the main body of the congregation to be separated or united for instruction. The Emmet United Methodist Church continues to serve the community and its small congregation as a church facility. It has a part-time minister who preaches at two small churches each Sunday morning. The building’s exterior is in poor condition and the church needs a new roof.