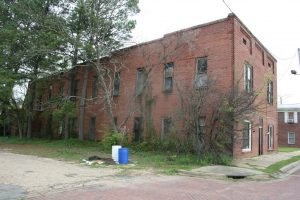 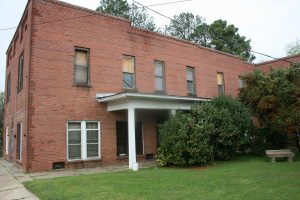 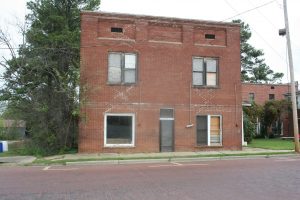 Built in 1914 by Philip and Fannie Coker, the Coker hotel housed travelers and visitors to Warren and Bradley County for over half a century. The hotel served the lumber industry in Warren, which precipitated the business and population boom into the 1920s and 1930s. The hotel building is a key community landmark in Warren’s downtown. The building is not currently listed on the National Register of Historic Places, but it is within the boundaries of the area being surveyed for a downtown commercial historic district.

The Coker Hotel suffers from years of lack of maintenance and is currently vacant, making it susceptible to vandalism, damage from the elements and animal and rodent infestation. Having recently joined the Arkansas Downtown Network, the City of Warren is committed to the preservation of its historic downtown and landmarks. The elderly owner of the building lives out of state and has no plans for the Coker Hotel, but the Warren Chamber of Commerce sees the hotel as a key piece in the revitalization of downtown Warren.