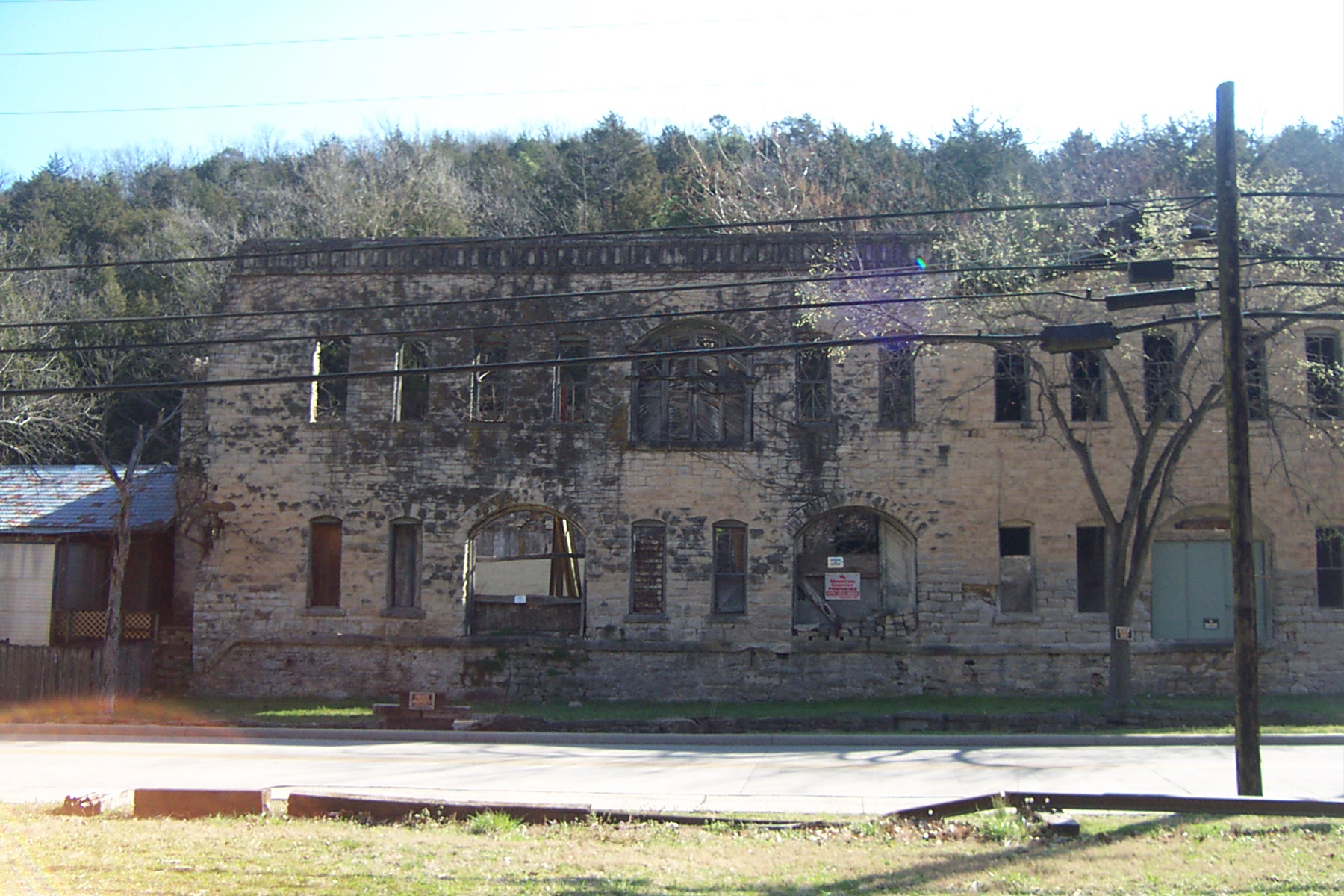 The plant was built in 1893 and housed the coal-fired boilers that first generated electricity for the City of Eureka Springs. It was offshoot of Eureka Springs Electric Light and Street Railway Company, chartered two years earlier; such associations between tram lines and power generation were common. the Company ownership changed in 1900 and shortened the name to Citizens Electric Railway Company. The new owners diversified – ice-making facilities were added, as well as cold storage lockers, providing communities businesses and families with refrigerated storage for perishables. The company also operated a recreational complex, Harmon Park, and in 1904 became a wholesale bottler and shipper of “Ozarka” spring water. The old power and ice plant has been dark for many years, and the building has deteriorated significantly. Most of the walls still stand, but there is no roof over the old generating plant and many trees are growing inside. In the still-covered part of the building, much of the ice-making equipment still remains in place. Located in the Eureka Springs Historic District, the building occupies a prominent stie on Main Street as you enter downtown Eureka Springs from the north and is well-loved by the local community. It has been for sale for many years but no one has been able to take on the task of rehabilitation. Although the building is in a deteriorated state, sufficient historic fabric remains for restoration or duplication.