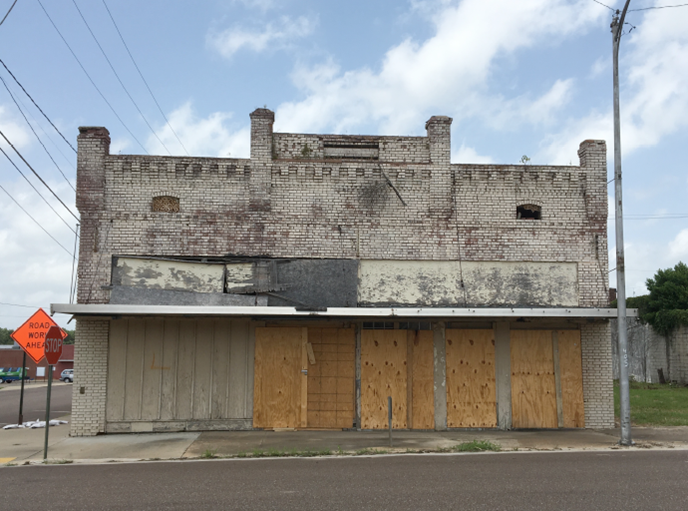 Constructed about 1915, the Chu Building is the oldest commercial building on Front Street in Forrest City. Furthermore, it is one of the few early 20th century structures remaining in downtown Forrest City. The building was owned by a Chinese family, the Chu family, and the Chu family leased the west side of the building to another Chinese family, the Howe family, who lived in a small upstairs space and operated a grocery store on the first floor. The Chu family also leased the east side of the building to the Harlem Theater, an African-American theater during the days of segregation. The Harlem Theater closed in 1966 and the Howe Cash Grocery closed in 1972. A church organization occupied a portion of the building but it has been empty for many years. The building is in fair structural condition, but a new roof is needed as well as considerable interior repairs. The building retains most of its original pressed tin ceiling, which is salvageable. The Chu Building was recently deeded to the St. Francis County Historical Society with the stipulation that it builds for “philanthropic purposes for the betterment of culture and society in St. Francis County, Arkansas”. To that end, the Society intends to restore the building to house the East Arkansas Delta Multicultural Museum and Archives as well as office and research space for the Society. Increased awareness and fundraising are needed to move this project forward.