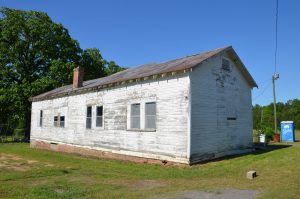 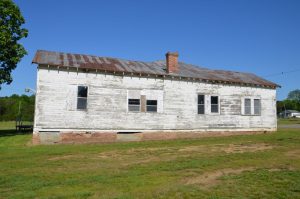 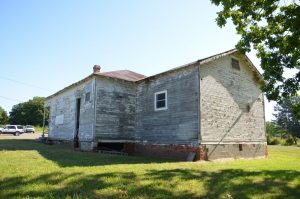 In 1917, Julius Rosenwald, philanthropist and President of Sears Roebuck and Company, created a foundation to support education of African American youth. Rosenwald’s fund aided construction of over 5,000 school buildings across the South and over 300 schools in Arkansas. The Bigelow Rosenwald School was built in 1926, at the height of the Rosenwald Foundation’s activity in Arkansas. It was the only Rosenwald school in Perry County and is one of less than twenty that survive statewide. The building was used as a school until 1964 and then as a community center for many years. The building is threatened from lack of maintenance and lack of funds to preserve the building. Although it is easily recognizable as a Rosenwald school, the building’s large banks of windows have been replaced by much smaller windows. A group is attempting to preserve the building but much work remains.