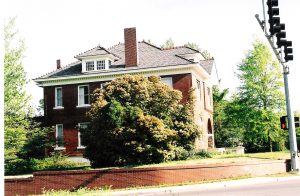 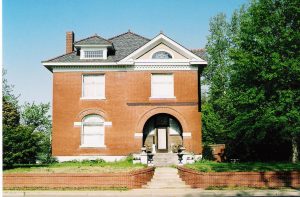 The Berger-Graham House in Jonesboro was built in 1904 and is an excellent example of Richardsonian Romanesque architecture, a style rarely used in residential homes and in Arkansas.  The house was listed in the National Register of Historic Places in 1985.  Marcus Berger built the house for his son and future daughter-in-law, Joseph Berger and Essie Blass.  Marcus Berger was a prominent Jewish merchant in northeast Arkansas and built many of the commercial buildings in Jonesboro’s downtown in the 1880s.  W.H. Graham purchased the house in 1909 and lived there until his death in 1939.  Since then, it has been used as a boarding house, a clinic, and a fraternity house.  In 1983 it was purchased by Larry Hampton with plans to restore it to a residential home.

The home escaped demolition in 2007 and has been restored into a single family residence.