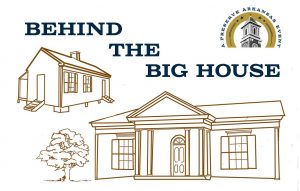 Some of our annual educational events include “Behind the Big House“, a two-day program that moves beyond the “Big House” or stately historic homes, to explore extant slave dwellings and interpret the experiences of the enslaved people who inhabited them. Held at places like Historic Washington State Park and Lakeport Plantation, the program features the Slave Dwelling Project and includes live demonstrations, tours and lectures to highlight the important contributions of African Americans to Arkansas’s history. 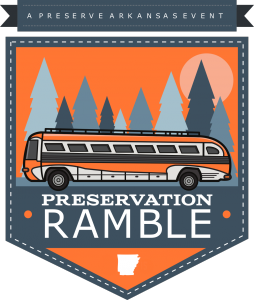 Each fall, Preserve Arkansas hosts a “Fall Ramble” or bus trip to a different region of Arkansas. Past ramblers have stayed overnight at Carnall Hall in Fayetteville, toured the Japanese-American Internment Site at Rohwer, enjoyed a harvest gala dinner in Birdeye, and toured the Johnny Cash Boyhood Home in Dyess. The Ramble explores Arkansas’s heritage sites for an exceptional experience filled with history and fun. 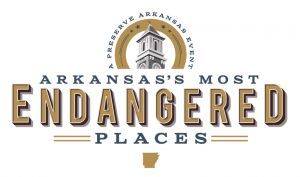 Each spring since 1999, Preserve Arkansas has released an annual list of Arkansas’s Most Endangered Places. The list is designed to raise awareness of the importance of Arkansas’s historic places and generate support – both technical and financial – for saving endangered properties. Additionally, this list provides a tool for evaluating and prioritizing preservation needs in Arkansas.

A guided walking tour of the Arkansas Tuberculosis Sanatorium Historic District at Booneville will be offered on Saturday, October 5, 2019. The Arkansas Tuberculosis Sanatorium Historic District encompasses nearly 900 acres on Pott’s Ridge, known locally as “The Hill.” The district was listed in the National Register of Historic Places in 2006 with national significance for its association with the nationwide fight against tuberculosis throughout much of the 20th century and for its excellent collection of Art Deco, Craftsman, and Colonial Revival-style buildings. Opened in 1910, the Booneville Sanatorium was the largest and best facility of its kind in the United States by 1940, and it served as a model for tuberculosis treatment facilities in neighboring states as well as abroad. Since 1973, the campus has been home to the Booneville Human Development Center.