The Salem Community School was constructed in 1916 in the community of Salem just outside Fayetteville on land deeded to the community by Joye Lichlyter. The school housed elementary classes until 1949 when it was consolidated into the Fayetteville Public School System. The original deed stated that if the property was no longer used for a school, then ownership would go to the community. Residents of Salem have been working to raise money to save the school for a number of years.

Due to its vacancy and confusing ownership issues, the Salem Community School has not been maintained over the years. The school needs a new roof to prevent water intrusion, currently being held in check by a donated plastic sheet. Save the Salem Community Building is a nonproﬁt organization formed to help raise funds to save the school and apply for grants to restore the one-room school. Christine Bell of Save the Salem Community Building says “There are not many of the old school buildings remaining and the Salem School is one of the few left in Washington County. We envision using it as a historical reminder of the early school days.. a museum and a place that elementary classes can visit.” Since its listing on the Most Endangered Places list, the property has been demolished. 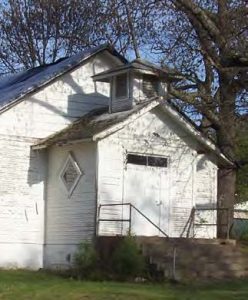 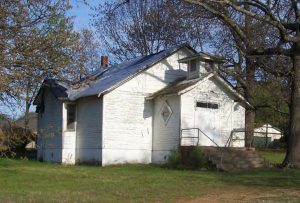 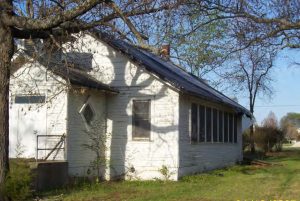