The W. G. Hall-Anthony Building in Little Rock represents the early twentieth-century commercial development of the area along High Street and holds a significant place in the African-American
history of this community. Constructed in 1915, the building remained under the ownership of W. G. Hall until 1968 when it was sold to Lee Anthony. Most of the tenants under Hall’s ownership were African-American entrepreneurs, including the drugstore of J.R. Harrod in the corner store location. The Hall Anthony Building also holds a significant place in the musical history of Arkansas as the location of the Soul Brothers Record Shop. Lee Anthony and Bill Hamilton started the first and most successful African-American owned record store in Arkansas and established one of the most active recording studios in the South. A notable artist who recorded in the studio included Art Porter, Hazel Hynson and the Arkansas Baptist College Choir, The Loving Sisters, Joe Tex, and many others. Mere days after the Hall-Anthony Building was deemed eligible for listing on the National Register of Historic Places, a car crashed into the side of the building causing extensive damage. After the accident, the build was deemed ineligible for listing in its current state. The National Register listing would have allowed the rehabilitation of the building to be eligible for Federal Rehabilitation Tax Credits, but now its future is uncertain. The building requires extensive repairs to the east façade and the roof. Given its significance to the history of this community and its potential as an anchor for community revitalization, the loss of the W.G. Hall-Anthony building would be tremendous.

Unfortunately, the Hall-Anthony building has been demolished since being listed on the Most Endangered Places list. 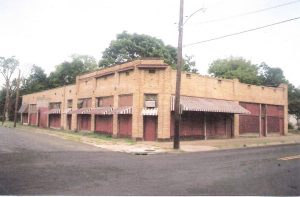 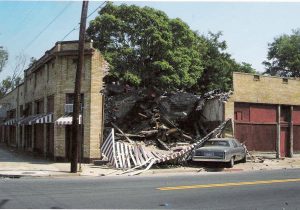 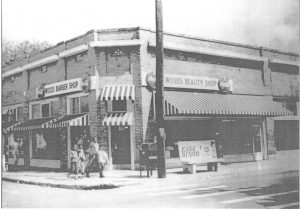