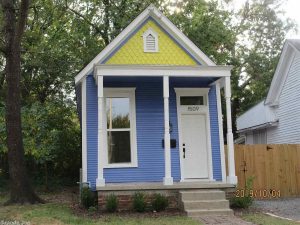 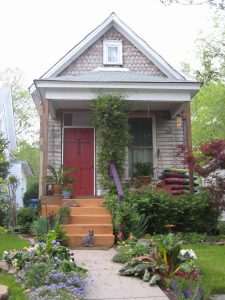 Shotgun houses were among the most popular house types built in the Southern United States from the end of the Civil War to the 1920s. They were one room wide, usually no more than twelve feet, and three or more rooms deep with no hallways. Praised for their ventilation qualities and utilization of space, they were often built in rows and comprised entire city blocks. They were popular among the middle and lower class until automobile ownership was common. Shotgun houses were once prevalent in Little Rock’s older neighborhoods, but now only a few remain scattered around town. Even less common are rows of more than three houses. There are perhaps only two streets in Little Rock where rows of shotgun houses remain. Shotgun houses represent significant aspects of American history and are the southern equivalent of brownstone houses in the northeast. By listing these on Arkansas’s Nine in Need, Preserve Arkansas hopes to raise awareness about the importance of this almost-forgotten building style and to encourage Arkansas’s citizens and leaders to take pride in the preservation of this important house type.