Pitman’s Ferry, also known as the Baymiller Farm, is a 731 acre site in Randolph County along the west bank of the Current River. Pitman’s Ferry holds a very high signiﬁcance in early Arkansas history and during the Civil War. Pitman’s Ferry is the site of the ﬁrst river ferry in Arkansas, along the Southwest trail from Missouri into the Arkansas Territory. In 1803, William Hix opened the ferry which became known as the Gateway into Arkansas, an important landmark for early pioneers striking into Arkansas. It was also a site along the Benge Route of the Cherokee Trail of Tears into Arkansas. During the Civil War, the site was the headquarters of the Army of Upper Arkansas and the site of four Civil War skirmishes in 1862. It was also the launching point of Major General Sterling Price’s 1864 raid into Missouri.

Today, Pitman’s Ferry holds signiﬁcance as an archaeological site. Numerous trenches, riﬂe pits, and cannon emplacements remain from the Civil War period. Five Rivers Preservation, Inc. was formed in 2005 for the Pocahontas Sesquicentennial Celebration and has focused on Pitman’s Ferry as one of the preeminent historic sites in Randolph County worthy of preserving. The site is currently leased out for row crop farming purposes, a use that could potentially disturb important archaeological sites from the Trail of Tears and Civil War eras. Additionally, the Ferry site and Indian Ford, the site of the Trail of Tears crossing, are under threat from riverbank development along this recreational river.

It is the hope of Five Rivers Preservation, Inc. that this site will be recognized by the state and the property owners as a signiﬁcant piece of Arkansas’s history. Eventually, it would be preferable that the site be protected by a state or federal battleﬁeld status. 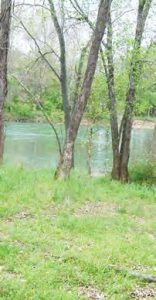 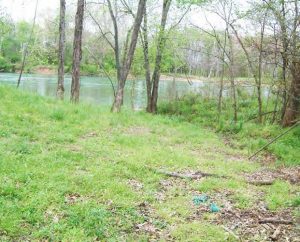 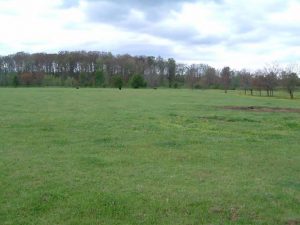