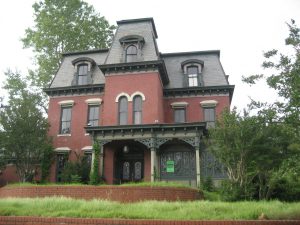 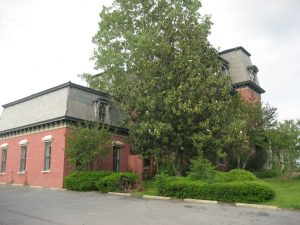 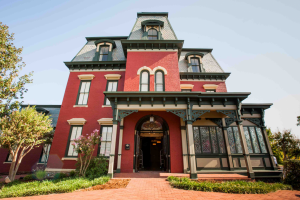 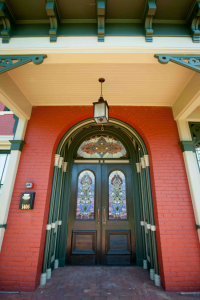 The historic and architectural landmark in Little Rock was constructed in 1869 and is the last remaining of the large houses that were built on the north side of Cantrell Road, which was then named Lincoln Avenue. The area was called “Carpetbagger’s Row” or “Robber’s Row” during Reconstruction because the large houses were built by men who were associated with the north during the Civil War. Architecturally, the Packet House is a significant example of Second Empire Style. The Packet House was built by Alexander McDonald, who served as a member of the State Constitutional Convention of 1868 and a United States Senator from 1868-1871. McDonald was actively involved in banking and business dealings and was considered to be the richest man in the state of Arkansas. By 1871, he had lost his bid for reelection to the Senate, sold his home and left the state. The owners of the home in the mid 1940s named the house the Packet House because it overlooked the river once travelled by packet boats carrying government papers and mail. The house was converted to apartments under these owners. The house was rehabilitated in the 1970s and served a number of functions, including offices and restaurants. As of its listing on the Most Endangered Places list, the house had been vacant for several years. It was purchased in 2012 and turned into a restaurant, then subsequently a private club. It is a commanding home that serves as an important reminder of the Reconstruction years in Arkansas.