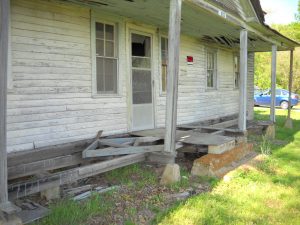 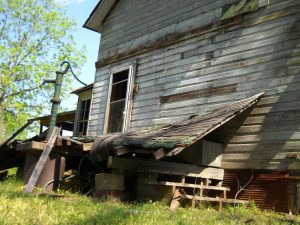 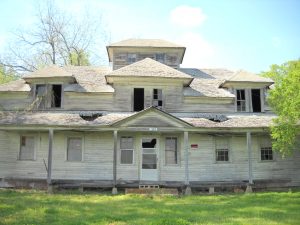 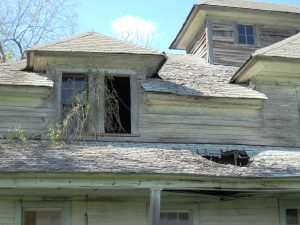 The Hester-Lenz House is located on Highway 5 in Benton, on what was once the Southwest Trail, or Military Road, in Benton. According to an abstract of the property, it was purchased from the US Government in 1836 by James Hester and it is believed that he constructed the two-story, dog-trot log home currently standing on the property. Based on local tradition, the house was constructed using slave labor and virgin pine cut from the site. It is also believed that the bricks were made using abundant red clay on the site. It is believed, based on the lack of wear on the logs, that the structure was faced with siding very early on. The home may be the oldest on its original site still standing in Saline County, and based on local tradition, may have been the site of a meeting to determine if Saline County would vote in favor of statehood. In 1922, German immigrants named Alwana and Wilhelm Lenz inherited the house from Alwana’s parents, Joseph and Salome Lenggenhager. The property was inhabited by the Lenz’s son, Oscar, from 1922 until his death in 1992. The Lengganhager and Lenz families substantially modified the original structure and together created the home so many people in the area are familiar with today. Many of the details of the additions and alterations to the home by the Lenggenhagers and Lenzes are very unique in that they exhibit a strong German influence, and are also a testament to the families association with the property dating back to 1891. After Oscar Lenz passed away, the home entered a significant state of decline and deterioration. It is currently owned by a member of the Lenz family who hopes to restore it.